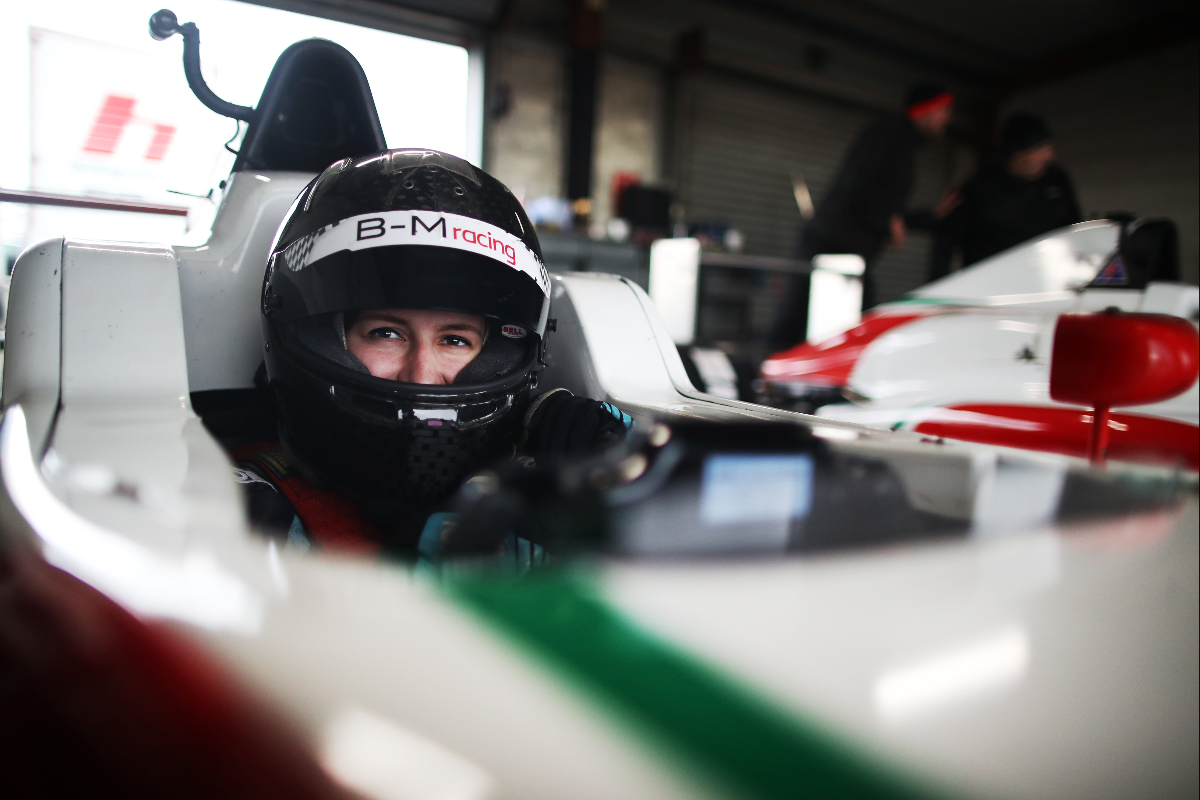 Megan Gilkes took a dominant win in the reversed grid GB4 race at Snetterton as the first ever round came to a close.

Gilkes, who suffered radiator damage in race two after striking debris, did a shakedown of the car before race three to check its condition and ended making a great launch off the line in comparison to reversed grid pole-sitter Jessica Edgar to take the lead. Edgar started on pole as the reversed grid from qualifying only went down to drivers who lapped within 103% of the pace, meaning Graham Brunton Racing’s Chloe Grant and Rossoverde Racing’s Christian Lester weren’t included.

As chaos unfolded behind, Gilkes put some clean air between herself and Marzorati, who had risen to second place on lap one as Edgar fell back.

It was a chaotic first lap, as race one winner Nikolas Taylor stalled on the grid and got a 10-second penalty for an out of positon start, as did GBR’s Logan Hannah.

Edgar also made contact with Jack Sherwood during the lap as she fell down the order, while Taylor had a seperate grassy moment.

Hannah, who had started third, fell back to ninth while Grant lost her front wing in an incident and then retired in the pits.

Adestam had made it into third through the chaos but was immediately focused on defending from Kevin Mills Racing’s Tom Mills behind. He passed Adestam on lap two, but he contined to pressure Mills in return and then got back past.

In the last three laps, the battle for second came alive once as Adestam closed in on Marzorati. He came close to passing on the penutimate lap, and was going faster than anyone on the last lap.

The pair made contact as they went through Bomb Hole corner, and Adestam’s front wing connected with the rear-right wheel of Marzorati’s car but without causing a puncture. Adestam lost part of his nose but continued hounding Marzorati to the chequered flag.