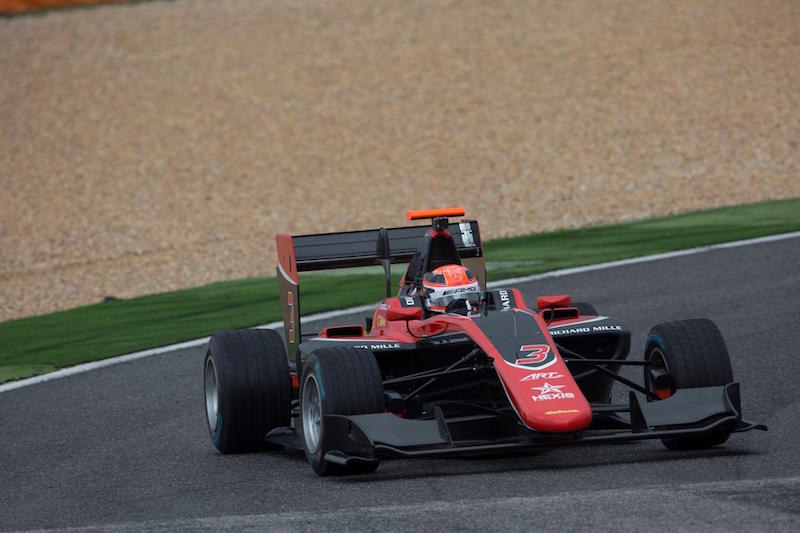 George Russell started life as an official Mercedes junior in style by topping day one of GP3 pre-season testing at Estoril.

The morning session was disrupted by wet weather, meaning nobody set representative times.

Raoul Hyman, testing with Campos with a view to securing a race deal, switched to slick tyres in the closing stages and ended up five seconds quicker than the rest, who were led by Red Bull Junior Niko Kari.

In the quicker afternoon sessions the times dropped continuously, and it was a relatively late effort that put Russell on top.

The absence of race-winning team Korainen meant 19 drivers featured in the first day of the test, a reduction from the numbers seen during last year.

The day’s running was the first collectively with the new DRS system that GP3 has introduced for 2017.

Nissany to race for RP as Fioravanti swaps teams