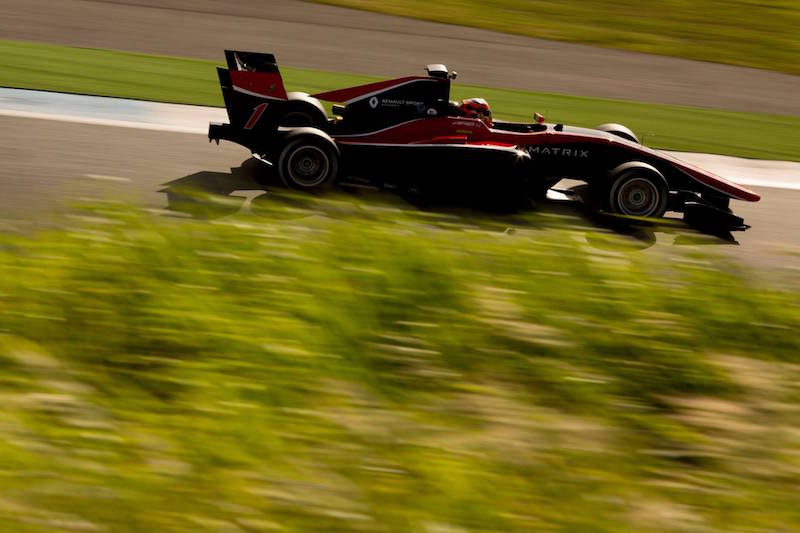 Renault junior Jack Aitken took over from ART team-mate and Mercedes protege George Russell at the top of the times on the second day GP3 pre-season testing at Estoril.

The Anglo-Korean, who has moved to ART from Arden for this year, set his fastest time late in the afternoon before on track action was halted by a red flag.

The wet weather that plagued much of the day restricted running and several stoppages and crashes meant it was difficult for drivers to find a rhythm.

The four ART drivers seemed to have the least issues though, as Aitken headed team-mates Nirei Fukuzumi and Russell at the top of the timesheets. Anthoine Hubert was the slowest of the quartet down in 11th, but looked to be on pace with his team-mates.

Fourth overall was Trident?s Giuliano Alesi, ahead of Arden duo Steijn Schothorst and Niko Kari, and the Jenzer car of Arjun Maini.

Campos driver Raoul Hyman, who was one of the frontrunners on Wednesday, had a more problematic second day.

In the morning his car stopped on the way to Turn 3, and then contact with the barriers at Turn 7 in the afternoon sent him to the pits once more.