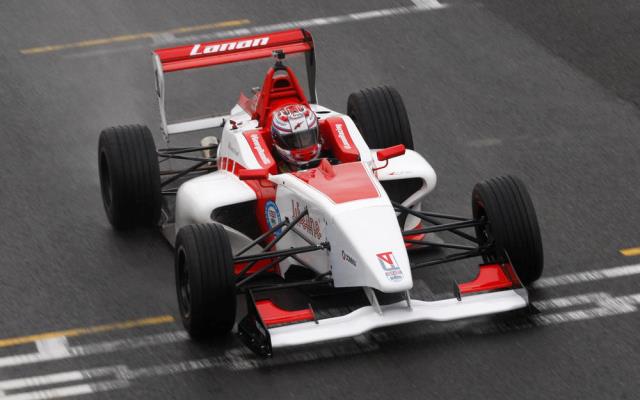 BRDC F4 title contender George Russell boosted his chances with pole position in the final qualifying session of the year at Snetterton, with points leader Arjun Maini only ninth quickest.

A damp track made tyre choice difficult, and at first the leading contenders opted for slicks as others went for wets. But Russell later made the decision to switch to wets. It was a call that paid off handsomely, as he ended up over half a second clear of the field. Fresh from victory in Eurocup Formula Renault 2.0 at Jerez last weekend, Russell is attempting to overturn a 21-point deficit to Lanan team-mate Maini.

Diego Menchaca was a frontrunner throughout the session and landed a spot on the front row. Will Palmer, who still has a slim mathematical chance of the title, was third quickest, but takes a ten-place grid drop for causing a collision with team-mate?Sennan Fielding at Donington Park.

Gaetano di Mauro will therefore start third ahead of Charlie Eastwood and Rahul Mayer. Protyre Formula Renault runner-up Piers Hickin will start an impressive sixth for his BRDC F4 debut. Raoul Hyman was eighth quickest but as a ten-place grid penalty as a result of the collision that put himself and Russell out of the final race at Donington.

That will promote Maini up to seventh on the grid for race one ahead of contenders Struan Moore and Fielding.