For some drivers trying to make it to F1, a famous name or an ex-F1 relative can often be substitute for effort when it comes to racing in the junior single-seater leagues. Sure, the roster or even mere existence of such a category of youngsters is debatable – but the fact that Gerhard Berger’s nephew Lucas Auer doesn’t belong in that category is not. As of now, the 18-year-old’s fairly short single-seater career is hardly devoid of achievements, with a title in the JK Racing Asia Series in 2011, finishing as the runner-up in German F3 in 2012 and currently leading the impressive Toyota Racing Series lineup in the standings after two rounds. His track record alone ensures he is going places and in 2013 one of those places is a full-time race seat in the FIA European F3 Championship with Prema Powerteam.

Born in Kufstein, the second-most populated town in the Austrian state of Tyrol, to former F1 driver Gerhard Berger’s sister Claudia, Lucas made his way onto the international karting stage in 2008. In 2009, he made his debut in the German Junior Kart Championship, where he finished second a year later, two points ahead of another current TRS driver Dennis Olsen, but behind the more experienced Dane Christian Sorensen.

Auer made his debut in single-seaters in 2011, with a full-time campaign in the JK Racing Asia Series (which was a rebrand of Formula BMW Pacific). Things got off to a good start when he won on the opening weekend in front of the F1 fraternity at the Malaysian Grand Prix. Over the rest of the year he scored less wins than his main rival Afiq Ikhwan, but his impressive consistency allowed him to clinch the title as he finished all but one of the 18 races on podium. 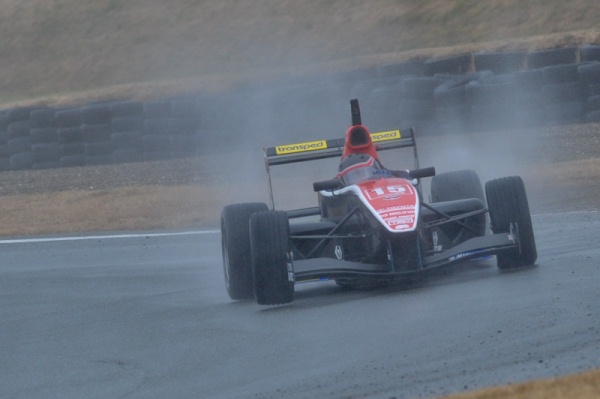 Lucas started off 2012 with a foray into the Toyota Racing Series, where he immediately made an impression by clinching pole position for both feature races of the opening round at Teretonga. He made a bit of a mess of both, crashing out on lap one each time in difficult weather conditions. He wasn’t able to replicate the feat in the remaining four rounds, but, improving with each one, scored two podium finishes on his way to sixth in the standings, ending the season as the highest-placed rookie.

The bigger part of Auer’s 2012 campaign – German F3 – followed a similar pattern. On pole for both of the feature races of the opening round at Zandvoort, he failed to win either of the races or secure another pole for the rest of the year. With a shaky start that saw frequent retirements and other issues, Auer was in no position to fight for the title, allowing the more experienced drivers – Jimmy Eriksson and Kimiya Sato – to get away. Again, his performance improved massively as the season went by and, starting from the midpoint of the championship at Assen, he was a consistent top five finisher. The drastic improvement in results allowed him to catch Sato for second, but Eriksson was untouchable in what was a massively dominant year for the Swede.

2012 also saw Lucas debut in the F3 Euro Series, where he took part in a one-off round at Hockenheim, finishing fourth in a reverse-grid race. At the end of the year, he also took part in the Macau Grand Prix, but failed to make it to the finish. 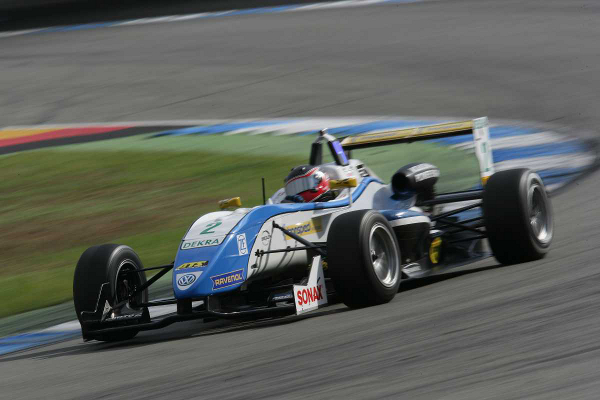 In 2013, Lucas returned for another season of TRS and started it off with a bang, yet again claiming pole at Teretonga and finally converting that into a race win. Another pole and win later, and he leads the series with two rounds out of five completed. His race form of two wins, two second places and two fifth places might not suggest dominance, but his outstanding practice and qualifying pace certainly does and, while Felix Serralles is just six points away and current title holder Nick Cassidy isn’t that far off in third, Auer appears quite unstoppable in his current form.

After TRS, Auer will enter the FIA European Formula 3 Championship (which this year replaces the F3 Euro Series) with Prema. With two out of three of his teammates already announced (Alex Lynn and Raffaele Marciello) and looking like prime contenders (alongside Serralles, who’s entering the series with Fortec), it’s hard to call just how well Auer can adapt and overcome such competition. Yet, remember – he’s been ahead of Marciello before (TRS 2012) and is leading Serralles and Lynn right now (TRS 2013).

Talent rating: Auer’s beginner years in single-seaters have been quite solid so far, even if, at times, he failed to match the high expectations. He still needs to prove himself in a major series against formidable opposition and 2013 will definitely be the year to do it amongst what is set to be a competitive field in European F3. He’s undeniably quick, but has been quite inconsistent at times, and, as of now, he is perhaps a better qualifier than a racer. 8/10

Chances of getting to F1: The whole “nephew of Gerhard Berger” thing should definitely help, but you can’t get to F1 on that alone and, as of now, Auer isn’t exactly swimming in funding, with his mum’s Transped logistics company his only sponsor at present. Still, connections are a powerful thing, and being the nephew of a man who once owned half of Scuderia Toro Rosso is something that shouldn’t be underestimated. Also, he’s Austrian – as is Red Bull Racing, STR boss Franz Tost, Red Bull Junior Team overseer Helmut Marko and the new Mercedes management pairing of Toto Wolff and Niki Lauda. That might just count for something, but in the meantime he still needs to realise his potential on track. Score 7/10 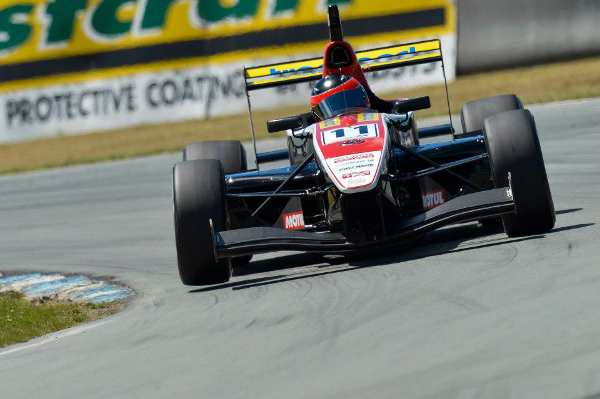 Kimiya Sato and Andrea Roda confirmed for Auto GP in 2013