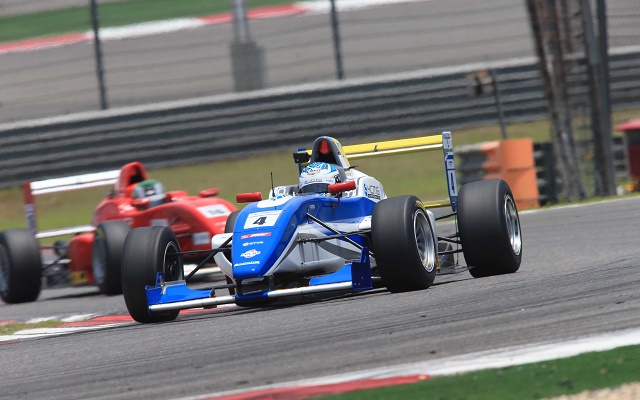 Estonian racer Martin Rump picked up his second victory of his debut season in Formula Masters China, winning the first race at Shanghai.

Despite his imperious pace in qualifying, Rump’s win was no certainty, the KCMG driver starting race on in sixth due to a grid penalty.

But the Estonian was up to third one lap in and set out after Meritus duo of Jake Parsons and Daniel Woodroof.

Having cleared Woodroof two laps later, Rump had Parsons in his sights, but his charge was interrupted by a safety car, brought out by a collision between Matthew Swanepoel and Shang Guan Zheng.

Yet it took Rump just one lap after the restart to clear Parsons, who was then stunned by Woodroof as well, his Malaysian teammate relegating him to third.

Rump will start the remaining two races of the round from pole, having topped qualifying two and set the fastest lap in the first race.