Ruapuna and Taupo return to TRS schedule for 2015 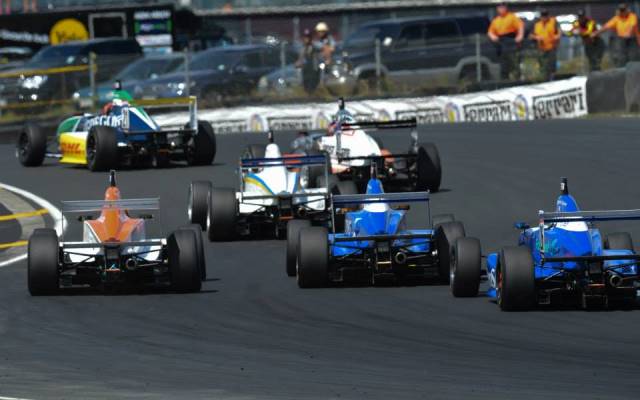 The Toyota Racing Series has re-introduced two circuits to its calendar for 2015.

Maintaining its format of 15 races across five weekends that attracts numerous international drivers to the New Zealand-based category, the series will begin at the Ruapuna circuit – last used by the TRS in 2008-09 – on 17-18 January.

It will then move on to Teretonga, which has held the season opener since 2010. Round three will be at Hampton Downs before a return to Taupo, which was absent from the 2014 schedule and replaced by Highlands Motorsport Park.

The campaign will once again conclude with the New Zealand Grand Prix at Manfeild on 14-15 February.

As well as Highlands, the Timaru circuit also drops off the calendar for next year.

?Toyota Racing Series is a unique chance for rising Kiwi drivers to get valuable ?wings and slicks? experience in a real team environment before starting their international careers,” said category manager Barrie Thomlinson.

“Ruapuna is a firm favourite with drivers and teams, so we?re rapt to be able to race there again. Team managers and talent-spotters around the world are watching closely as we finalise details for this year?s championship.”

The Toyota Racing Series has introduced a new FT50 car for the 2015 season.