RP Motorsport is set to miss the 2020 Indy Pro 2000 season due to the United States’ coronavirus-caused travel restrictions for overseas visitors.

The Italian team, best known for its title-winning Euroformula exploits, moved to the American racing scene in 2018 and was an immediate frontrunner in IP2000 – which starts its delayed 2020 season at Road America this weekend.

After taking wins with Harrison Scott in its rookie season, RP dominated IP2000 in 2019 with Kyle Kirkwood, and signed BRDC British Formula 3 race-winner Lucas Petersson and Phillippe Denes for this year.

They drove in the aborted St. Petersburg season opener in March, which was cancelled after free practice, but a combination of coronavirus-related budget problems and travel issues has led to both canning their race programmes.

“It’s obviously a huge disappointment not to be able to continue racing this year, but COVID-19 has turned the world upside-down and caused widespread disruption across the motor racing sphere,” said Petersson.

“Together with RP Motorsport, we were preparing for a new and exciting challenge in IP2000 and I think our pace at St. Pete proved we were going to be right up there and in the mix. For now, that dream is unfortunately on hold, but we are already working flat-out to make sure we can return to the grid next year and pick up from where we left off.”

Denes dominated both of the Road to Indy’s substitute Esports series during the coronavirus-enforced racing break, and may form RP’s line-up with Petersson again in 2021 and even test with the team later this year.

“I have no budget, and RP can’t come because of travel restrictions but we’ve got some plans for next year hopefully,” Denes said to Formula Scout. “We’ll see what happens, we’ll most likely do more testing to be prepared [for 2021].”

RP Motorsport’s team manager Carlo Sterrantino confirmed Denes’ remarks, telling Formula Scout: “For the moment [we cannot race due to travel restrictions]. We hope to be free to land there [in the USA] as soon as possible.”

There are several other changes on the Road to Indy entry lists, including Bob Kaminsky returning to IP2000 with Pabst Racing.

The gentleman driver, whose son Colin will race as his team-mate after starring in USF2000 last year, has appeared on-and-off in IP2000 since 2004 and usually with his own Kaminsky Racing team. His best ever race finish is fourth place.

In USF2000, DEForce Racing has swapped out top American-Colombian shifter kart graduate Mathias Ramirez for 15-year-old Canadian Nico Christodoulou, who is currently also fighting for the NACAM F4 title and racing in US F4.

Jay Howard Driver Development has brought its line-up up to five cars by adding its US F4 driver Bijoy Garg, and Exclusive Autosport has replaced Manuel Cabrera with junior karter Josh Pierson. 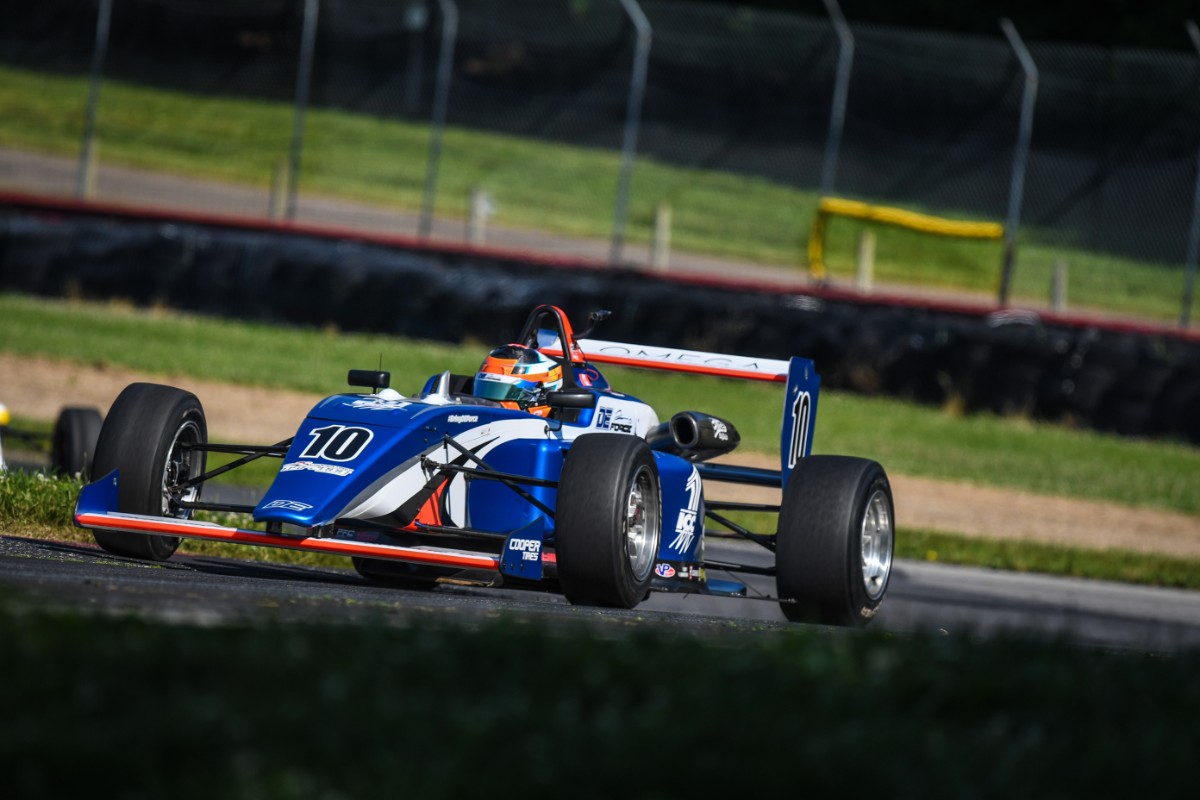