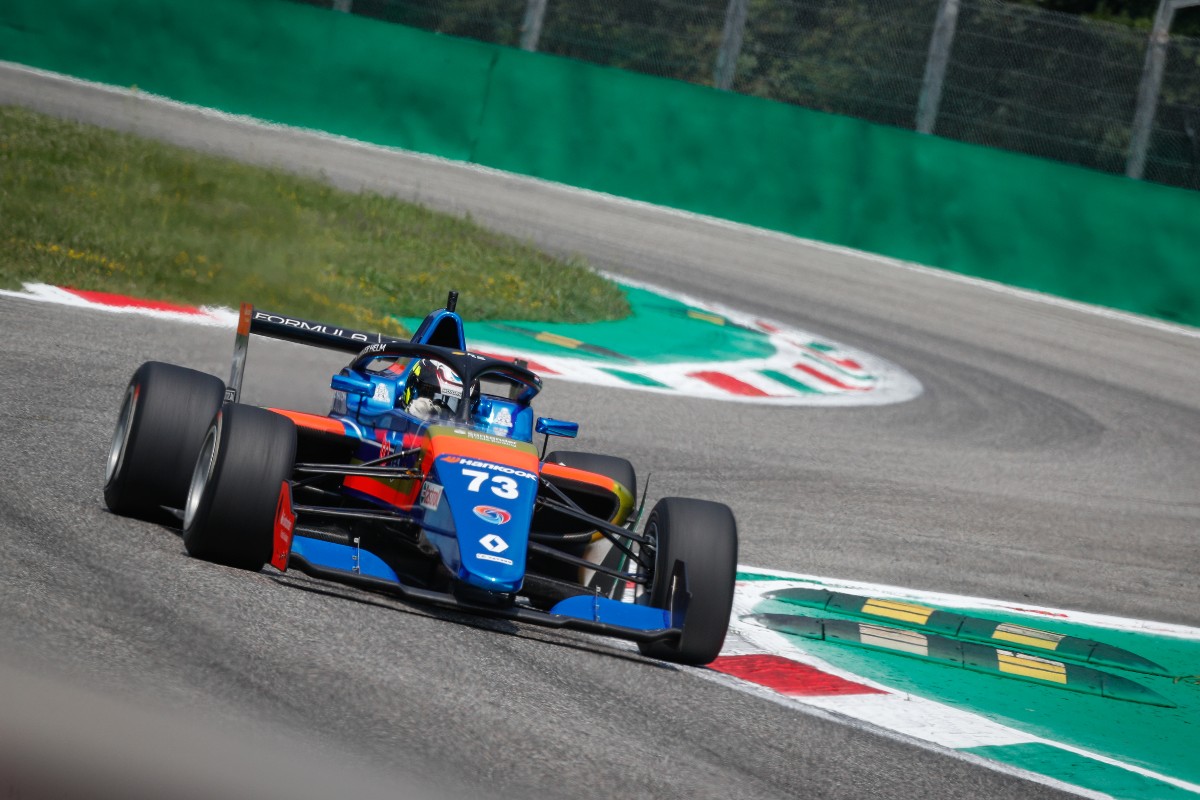 The British team, fronted by husband-and-wife combination Tony and Sarah Shaw, started off in the 1990s as part of the same entity that eventually went on to race in Formula 1 and the World Endurance Championship.

As Manor rose up the single-seater ladder in the late 2000s, the team split into two and the ‘Competiton’ branch focused on lower formulae such as FR2.0 until 2015.

In the early 2010s it started a partnership with Dutch outfit MP Motorsport, which the revived team will now act as an offshoot of in the Eurocup under the Fernando Alonso Racing Team banner.

Manor has three cars ready for this season, and while Cordeel and van der Helm have only been confirmed by the team for the Monza round, both are expected to be full-time entries.

Cordeel, 17, finished 15th in the Eurocup with last year as a rookie with MP, after winning the Spanish Formula 4 title in 2018.

“The season is finally underway and I wasn’t expecting such a great feeling in my first few laps [at Monza],” said van der Helm.

“I didn’t think I could be at the front in the first session but we have to continue and work even harder to make sure that this is also the case during the race weekend. The level of competition is very high and we can’t take anything for granted.”

Manor is also set to enter Euroformula this year, which starts at the Hungaroring on August 8-9. No drivers are linked to racing with the team, although it is understood MP’s Eurocup driver Franco Colapinto and W Series racer Marta Garcia (who drove for Manor in Eurocup pre-season testing) are eyeing drives in the series.

Ollie Bearman and Lilly Zug set for F4 in 2021, testing with Mucke