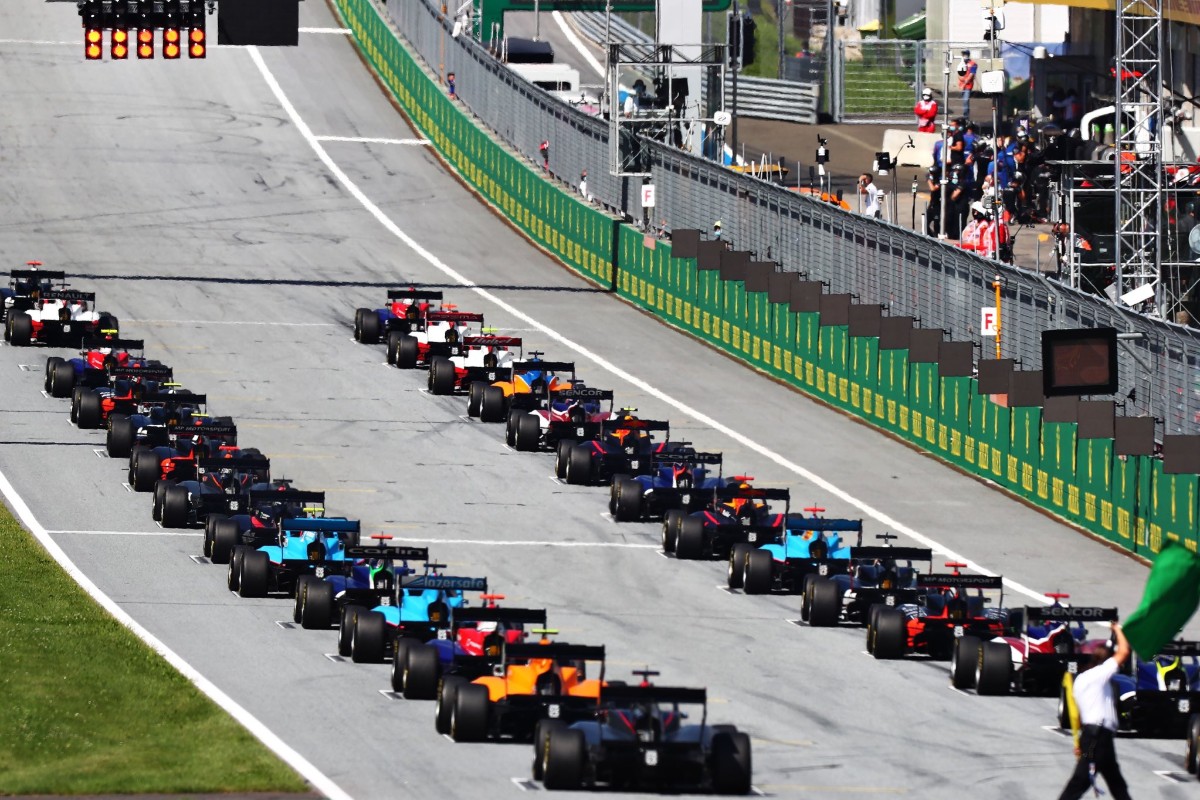 The FIA Formula 3 Championship season kicked off in Austria with some signs of a repeat of 2019, but also a weekend full of surprises and star turns. Craig Woollard and Peter Allen run through the big stories

After Saturday’s season opening FIA Formula 3 race at the Red Bull Ring, there was a sense of familiarity with the result and the way it played out. Despite that, the reversed-grid race on Sunday proved to be an intriguing affair and showed that the destination of the drivers’ and teams’ championships are far from a foregone conclusion.

There was a surprise pole-sitter, a healthy amount of overtaking, and some stunning results up and down the field with a feel-good story thrown into the mix as well. Here are the five stand-out stories Formula Scout picked up over the weekend.

You can also hear our thoughts on the Formula 2 and Formula 3 season openers in our latest podcast, available on Breaker, Google Podcasts, Overcast, RadioPublic, Pocket Casts, Castbox, Apple Podcasts and Spotify.

Prema leads the way once again… 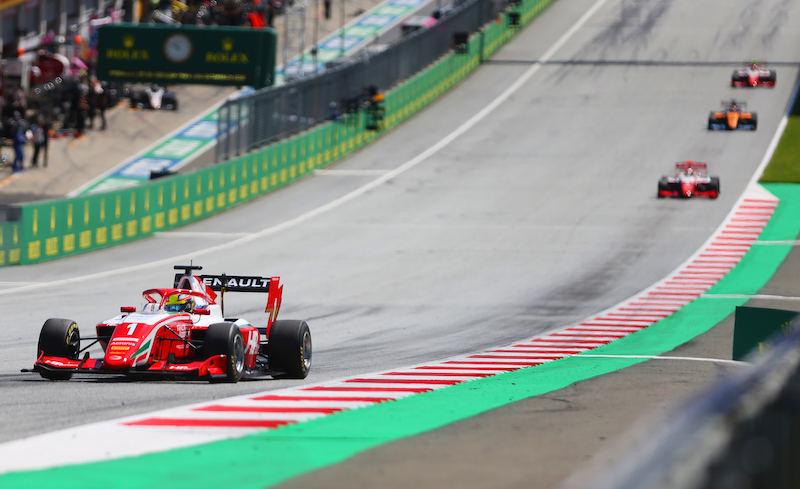 Prema obliterated the opposition in the inaugural FIA F3 season, locking out the top three in the championship, taking the teams’ title by 304 points and winning half of the races. It was fair to assume that the team would not have lost that form over the extended off-season, and the first race of 2020 especially proved that to be the case.

The team’s trio of drivers may have been beaten to pole position, but Oscar Piastri made a superb start to take the lead, survived contact, and dominated race one from the front.

While he commanded the race pace, his team-mates Logan Sargeant and Frederik Vesti had to work hard to break the defensive work of Trident’s Lirim Zendeli and Campos Racing’s Alex Peroni, but only 1.002s separated Prema from its first podium lock-out.

…But others will not make it easy 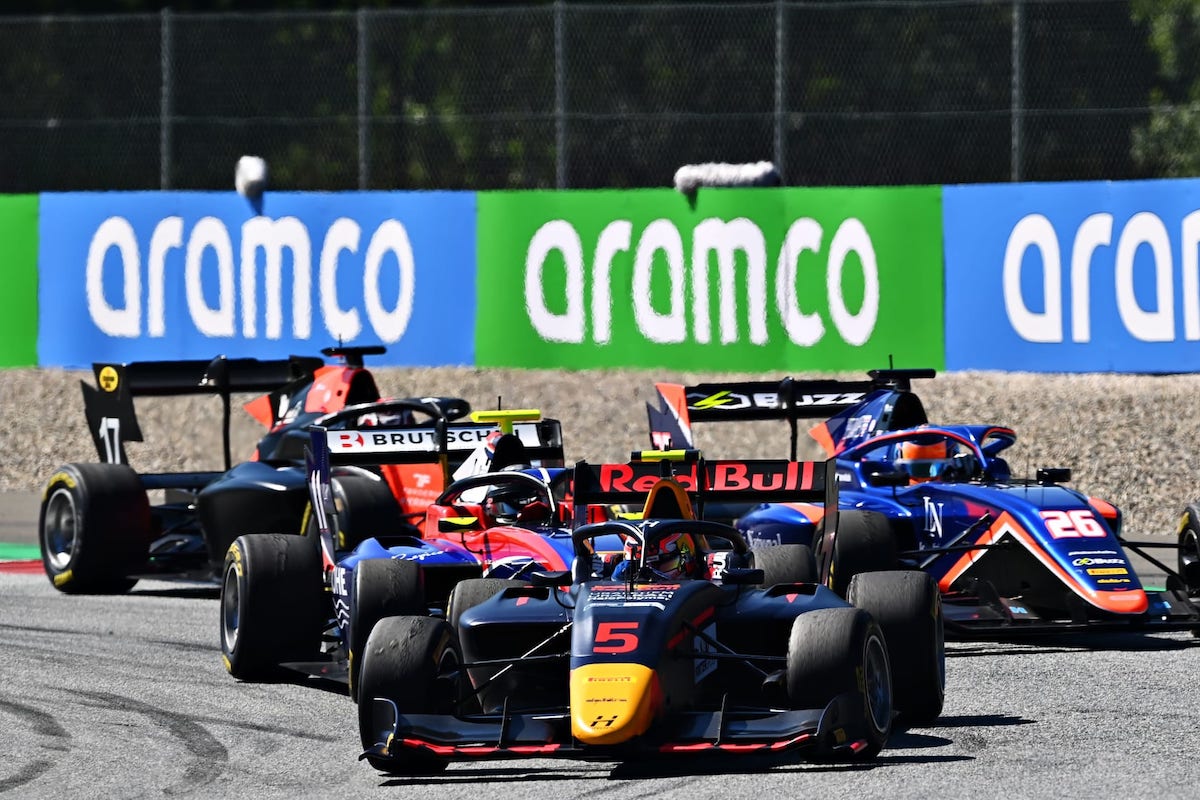 A regulatory change for 2020 was reversing the top 10 finishers on Saturday to form the grid for Sunday’s race, and there is already evidence that this will make Prema’s task of repeating 2019 a lot more difficult.

Its drivers started outside of the top five on Sunday, and none of them were able to make it into the top five by the finish – which happened only once last season.

But even without the slight grid change, it seems clear that others will be able to challenge on a regular basis. Hitech GP, which gave Prema its best challenge with Juri Vips last year, didn’t have a good qualifying session, with Liam Lawson best-placed of its trio in 12th. Lawson raced very well though – firstly to sixth in race one, then from fifth to first in race two.

Carlin showed much-improved pace with Clement Novalak netting its first series podium, while Trident, ART Grand Prix and MP Motorsport also showed they could take it to 2019’s dominant force on pace. That’s not to ignore HWA’s Jake Hughes, who should have been right up there too if not for technical issues. 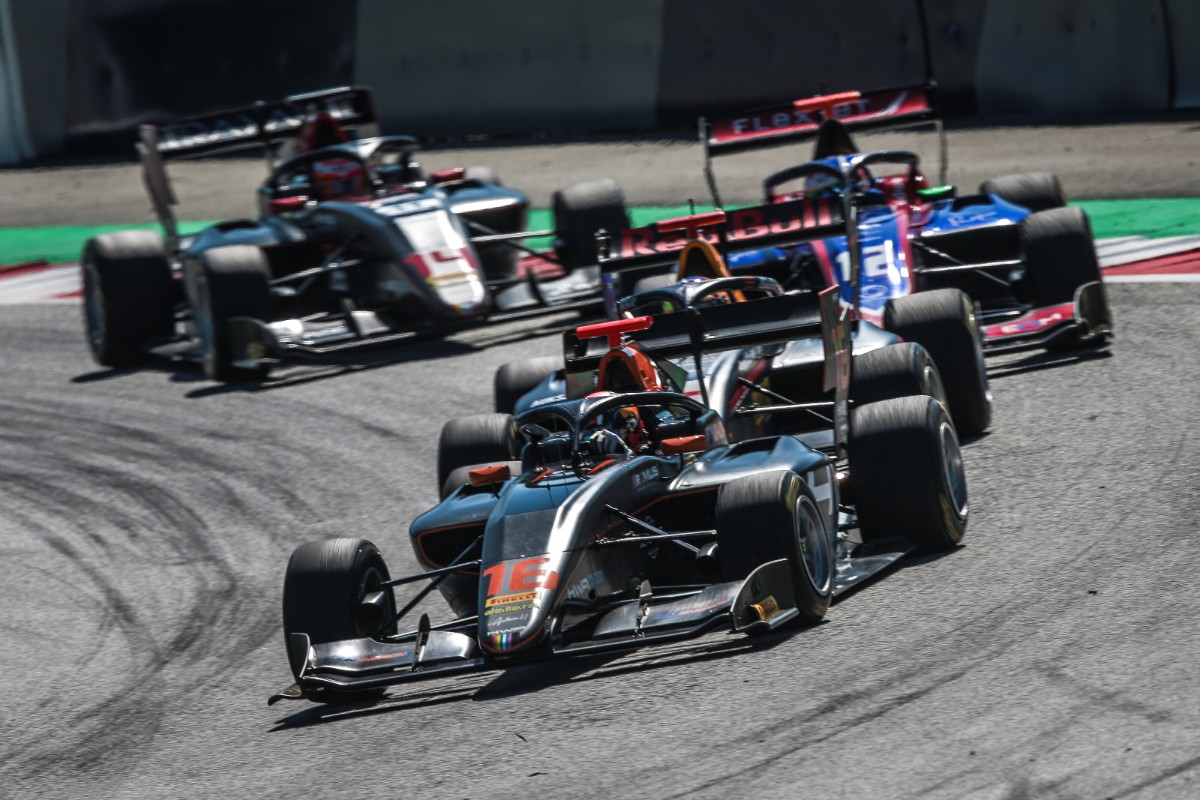 The medium tyres that F3 raced on at the Red Bull Ring were a step harder than the softs used at the same track in 2019. As a result, we could have expected more processional races, but that wasn’t the case. OK, so there wasn’t the crazy levels of overtaking you might witness in a high-degradation race, but is that necessarily a bad thing?

Last year, it was often the case that Prema’s advantage in races was greatest when tyre management was at its most difficult. That would mean the Prema drivers working their way to the front and sometimes winning by a comfortable margin as others went into reverse.

With tyre management being less of a factor, we saw more teams and more drivers able to run at a similar pace throughout a race. That’s not to say there wasn’t any degradation for the drivers to deal with – both Piastri and Lawson said they actually found the tyre management harder than they’d expected, and explains why they were kept on their toes in the closing stages of the two races after pushing hard to reach the front earlier on. But both encounters were closer fought in terms of race pace, rather than rewarding those with the best setups and techniques for getting the most out of their tyres.

With F3 now moving from the medium to the hard for the second Austrian event – a change that’s likely been influenced by logistics as much as anything – it will be interesting to see whether the races are even closer, or whether they are complete processions this time around. 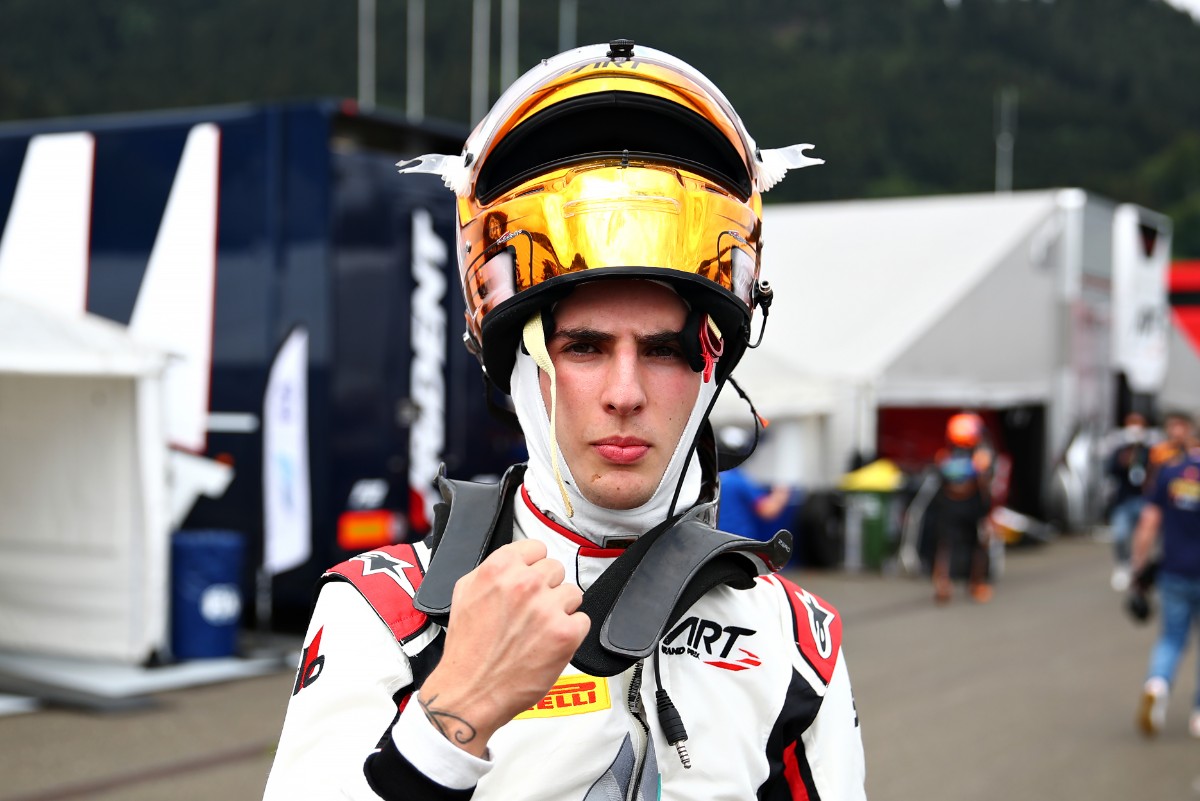 Not many tipped Sebastian Fernandez for pole, but he was already the quickest of the ART drivers in free practice. That was admittedly down in ninth place, and he entered the season without a single point to his name from 2019.

But that changed quickly, as Fernandez took the top spot at the very end of qualifying to take his first FIA F3 pole (and points). It didn’t translate into a victory as he made contact with Piastri at the start of race one and retired, but his race pace was apparent the following day as he charged from the back up to 13th.

His team-mate Alexander Smolyar finished ninth on Saturday and seventh on Sunday, while F3 rookie Theo Pourchaire showed glimpses of impressive speed but could also do no better than 13th in a scruffy weekend. ART struggled in 2019 following years of GP3 dominance, taking one win and just four podiums in total. The most recent numbers suggest it’s right back in the mix, even if the results don’t reflect the speed that’s there.

In Pourchaire’s defence, the weekend proved tough for all the drivers making the leap up from Formula 4, with his 13th place being the best result for any such drivers – two places in front of Dennis Hauger. Roman Stanek made perhaps the best impression, qualifying 10th on his first day in the car, only to slip back in the races. 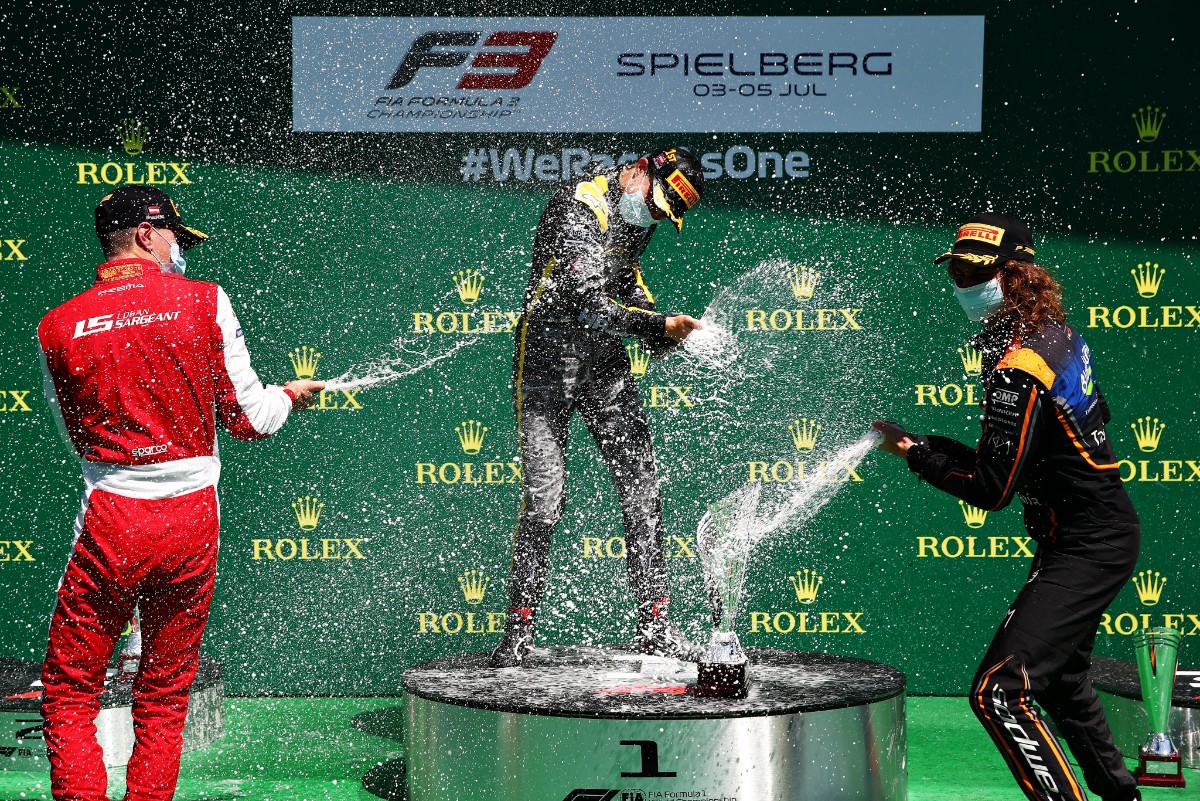 The horror accident that Alex Peroni faced at Monza last year – with the events of Spa-Francorchamps a week before still so raw – sent another shockwave through the motorsport world. He fractured a vertebra and it ruled him out of action for months. It ended the Campos driver’s season prematurely and ruled him out of the Macau Grand Prix too.

The extended break gave him time to make sure he was as fit as possible, and his return to the podium made for a nice storyline. He qualified eighth, the only Campos driver to get in the top 25, and was very sensible in the race as he timed his moves and worked his way up to a podium position.

Things didn’t work out on Sunday after Peroni dropped out of contention with a technical issue while running in seventh. But the Saturday result alone was confirmation of the potential Peroni had shown during last season, when he qualified in the front half of the field in six of his seven appearances, and it’s good to see that the accident didn’t prevent him (either medically or financially) from delivering upon it.