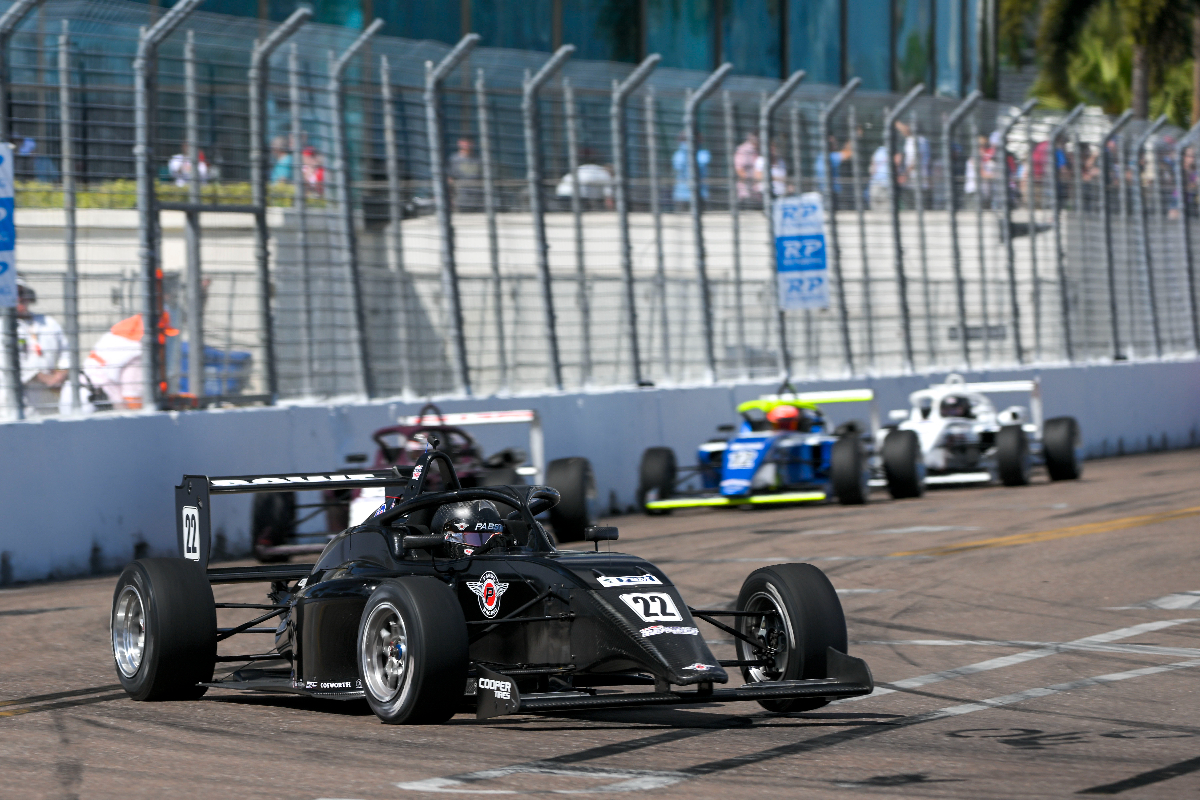 Pabst Racing’s Myles Rowe recovered from his race one crash to take USF2000 race two victory on the streets of St. Petersburg after a five-car crash disrupted the action.

The initial start of the 20-lap race was waved off to ensure tyres were up to temperature, and there were further de-facto formation laps when Velocity Racing Development’s Viktor Andersson came to a halt on the back straight.

The race finally got under way on lap four, but the field had only completed a handful of turns before there was contact as Joe Dooling Autosports’ Trey Burke crashed out and Cape Motorsports’ Jackson Lee also had an incident but was able to continue.

The race got going again on lap seven and Rowe, who was up to third on the first bit of green flag running, got past DEForce Racing’s Thomas Nepveu, with whom he crashed with when going for the lead on the last lap of race one, to take second.

Out front, race one winner Jace Denmark was leading from team-mate Rowe but then the five-car collision occurred.

DEForce’s Dylan Christie spun at the top end of the circuit, and Turn 3 Motorsport’s Christian Weir, DEForce’s Bijoy Garg (who slipped from the front row right down the order), Exclusive Autosport’s Jacob Douglas and Jay Howard Driver Development’s Frederik Lund were all caught up, eliminating the lot.

On the final restart, Rowe got by Denmark with a move down the inside and into a lead he would keep for the rest of the race, taking his second career USF2000 victory ahead of Denmark.

Cape’s Jagger Jones was third, ahead of team-mate Michael d’Orlando who climbed four spots while Nepveu slumped to fifth.

Exclusive’s Billy Frazer was a beneficiary of the pile-up and he took sixth as Lee recovered to seventh ahead of Cape’s Nicky Hays.