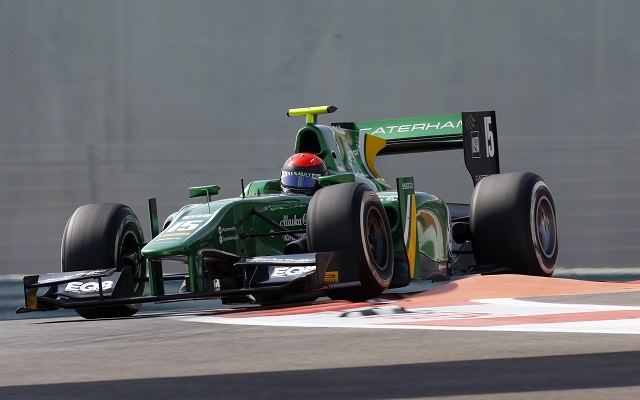 Caterham Racing’s Alexander Rossi has been promoted for to pole for the Yas Marina feature race after session leader Marcus Ericsson had his best laptime deleted due to track limit violations.

The Swede, who had set his pacesetting lap in the final stint of the qualifying, is demoted to 12th on the grid.

Rossi, who has enjoyed a season of ups and downs in the GP2 series this year, will add four points to his existing 63 for topping the qualifying session, marking his first such feat in the championship.

Title contenders Sam Bird and Fabio Leimer will both move up a row, taking second and fourth on the grid respectively. Outside contender Felipe Nasr will get to start the race in eighth.