Rossi gets last-minute F1 race debut at Spa with Marussia 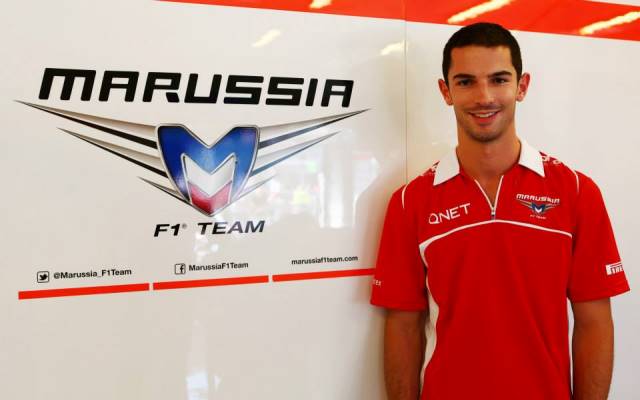 GP2 and Formula Renault 3.5 race winner Alexander Rossi will make his Formula 1 race debut at Spa-Francorchamps this weekend with Marussia, as a late replacement for Max Chilton.

The full circumstances surrounding the change are unknown, with Marussia saying Rossi, 22, will race “while contractual issues are resolved”. A later statement on behalf of Chilton claims that he has stepped aside “to allow the team to attract much needed funds by selling his seat”.

?It goes without saying that I am thrilled to be given the opportunity to race in Formula 1 for the first time and I cannot thank the Marussia F1 Team for the faith they are demonstrating in me,” said American driver Rossi.

“It?s a very big moment for me and there?s a lot to prepare in a short space of time, but on the other hand I have felt ready for this for quite a while now. It is also exciting to be given this opportunity at such a fantastic and historical circuit as Spa-Francorchamps. I can?t wait to drive the MR03 from tomorrow and I hope to reward the team with a solid race weekend.?

Rossi joined Marussia as reserve driver last month after splitting with rival outfit Caterham, an operation that he had been tied to since 2011 when he finished third in Formula Renault 3.5.

He had previously won the Formula BMW Americas title in 2008 before moving to Europe and finishing fourth in International Formula Master and GP3 in the subsequent two years. After his successful rookie FR3.5 campaign with Fortec, he switched to the new Arden Caterham setup for 2012 but slipped to 11th in the standings.

Switching to GP2 for 2013 with Caterham’s squad there, he finished ninth in the standings and beat current leader Jolyon Palmer to win the final feature race of the season in Abu Dhabi. He was touted as a title contender for 2014 but suffered a disappointing start to the campaign, scoring just ten points in as many races before leaving Caterham following their change of ownership. He made one further points-scoring appearance with Campos at Hockenheim following his signature with Marussia.

UPDATE: Rossi drove for Marussia in the opening practice session at Spa, but Chilton will now return to the car for the rest of the weekend, with the previous issue now seemingly resolved.