Rossi and Stevens to drive Caterham at young driver test 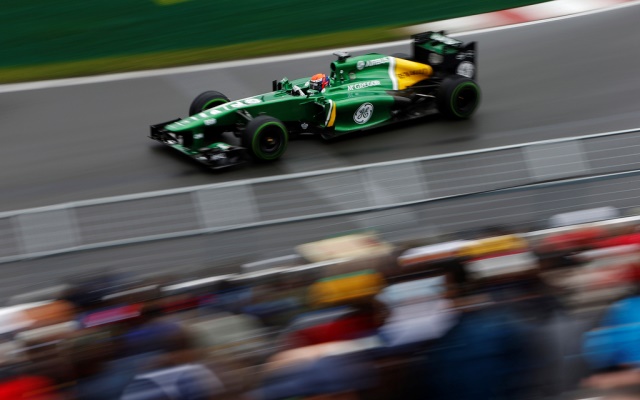 Alexander Rossi and Will Stevens will drive for Caterham at this week’s young driver test at Silverstone, the team have announced.

Rossi has tested with the team on numerous occasions as part of their driver development programme, and has already been behind the wheel of this year’s car in Friday practice at the Canadian Grand Prix. The American is also racing in GP2 this year, lying 13th in the standings.

Stevens was recently signed to the Caterham Racing Academy, and will now make his debut F1 appearance with the team. He’s currently fourth in the Formula Renault 3.5 standings.

“Silverstone will be the second time this year I?ve driven the 2013 F1 car and it?ll be good to be back in the cockpit on a track I know very well,” said Rossi. “We have a busy workload ahead of us and I?m pleased I can both add this as another step in my development as an F1 driver, and help the team continue the push for the second half of the F1 season.”

Stevens added: “Since the announcement was made about me joining the Caterham Racing Academy I?ve settled in quickly with the F1 team and they?ve made every effort to help me prepare fully for my first run in a F1 car on day two of the test. I spent quite a bit of time last week in the simulator so I?m comfortable with most of the systems I?ll be working with and, while obviously nothing can really prepare you for the first time you drive an F1 car, I?m as ready as I can be.”

Rossi will drive on the Wednesday and Stevens on the Thursday before race drivers Giedo van der Garde and Charles Pic take over to sample the new Pirelli tyres on Friday. There is no action for Rossi’s GP2 team-mate Sergio Canamasas.

A full guide to the young driver test line-up will follow later on Tuesday.

Preview: Talent gets F1 chance at Silverstone despite rule break