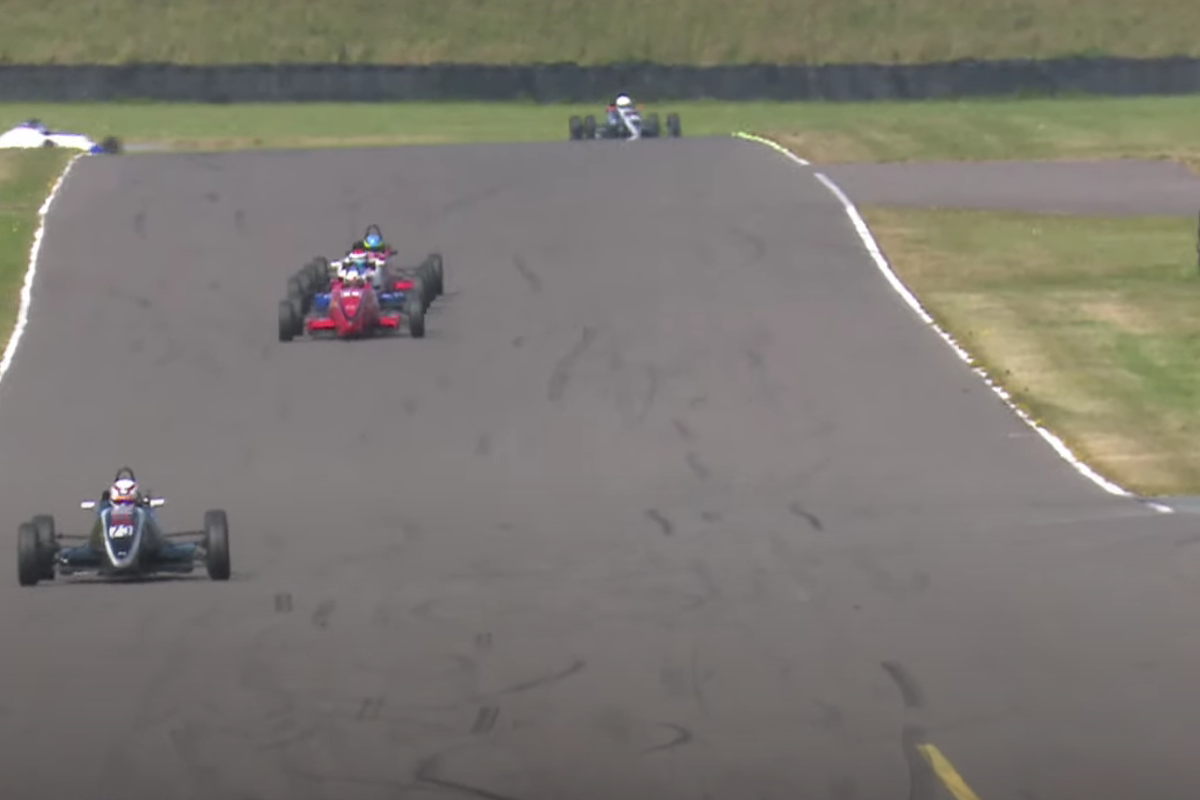 Lucas Romanek was victorious in the final BRSCC National Formula Ford 1600 race of the weekend at Anglesey, which had two starts.

The first attempt at running the race only lasted half a lap as chaos ensued. Kevin Mills Racing’s Alex Nose lost his nosecone and spun, Murray Shepherd flew off track and then Ben Cochran also went off and had to retire with broken suspension.

In the melee before red flags were waved, Shawn Rashid been able to pass reversed grid polesitter Josh le Roux, Cochran and Brandon McCaughan, and his Ammonite Motorsport team-mate Colin Queen has followed him through from sixth to second.

But with the race having to be totally restarted it meant everyone but the retiring Cox and Vos returned to their original grid spots. There was a seven-car lead fight in first attempt at lap one, and only three cars in the second attempt but it still provided drama as Shepherd spun off in the same place and Romanek locked up avoiding rear-ending his team-mate McCaughan then later in the lap cleared him and le Roux to take the lead.

From there Romanek was never headed, soon establishing a two-second lead that he would manage through the rest of the race. Le Roux dropped behind Queen and race two winner Jamie Sharp on lap two, with the latter overtaking Queen on lap four after he outbraked himself.

The pair ran close together but didn’t trade their podium positions for two laps, when the charging Jordan Dempsey passed Queen. He got Sharp at the penultimate corner of the lap two tours later, but wasn’t able to close in on the race leader.

Sharp only just held off Queen for third, whie McCaughan held off Rashid late on to secure fifth. Le Roux had dropped to sixth but was running well in that position before he mysteriously retired with two laps to go.

Morgan Quinn pasted Andre Lafond on the penultimate lap to take seventh, and the top 10 was completed by Gabe Tesch and Tom Nippers, who had battled several times with Shepherd before he once again spun off.5