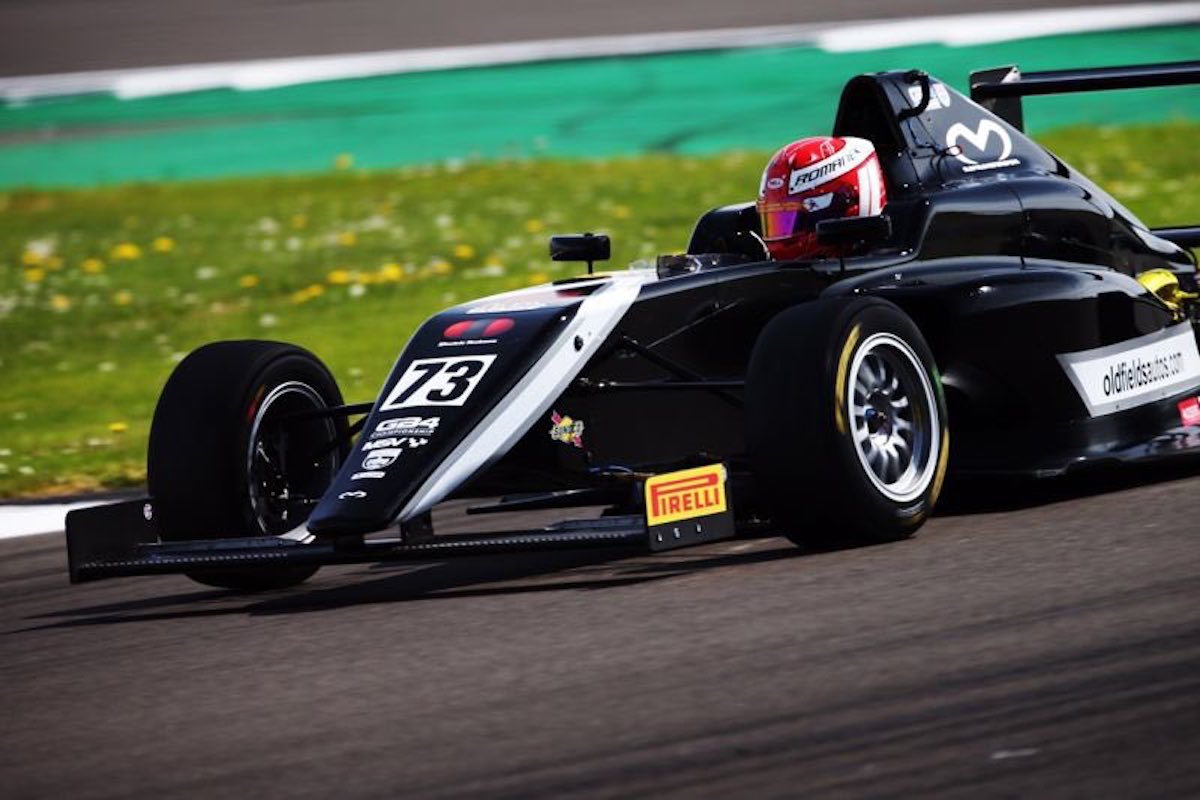 Oldfield Motorsport’s Lucas Romanek ended his first weekend in GB4 with victory in the reversed-grid race at Silverstone.

Chloe Grant led away from pole into Copse, but she was soon passed by her team-mate Hannah into Becketts, while Romanek moved past Tom Mills and Grant at Stowe into second.

Mills and Fortec’s Elias Adestam moved into third and fourth, with Waberski trying to pass Grant into the Vale. Fortec’s Nikolas Taylor tried a move up the inside of the pair of them, but became airborne after contact, putting himself and Waberski out, with Grant rejoining at the back after also ending up off the circuit.

Hannah resisted pressure from Romanek to lead the first half of the race, with the pair pulling clear of the rest.

Romanek swept around the outside of Hannah at the end of the Hangar Straight to take the lead at the halfway stage. He initially came under renewed pressure from Hannah before pulling away in the closing stages.

Adestam passed Mills, who was continuing to struggle with a car issue that blighted his weekend, to finish a further five seconds behind in third. But his podium finish was under investigation for passing Mils with four wheels off the track, and he received a two-second penalty that dropped him to fifth.

Elite Motorsport’s Jack Sherwood came out on top in a race-long scrap with Hillspeed duo Megan Gilkes and Max Marzorati to finish fourth, which became third after Adestam’s penalty, while Mills salvaged seventh.

Alex Walker extended his championship advantage despite finishing eighth ahead of Rosserverde Racing’s Christian Lester, who scored his best result so far in ninth.