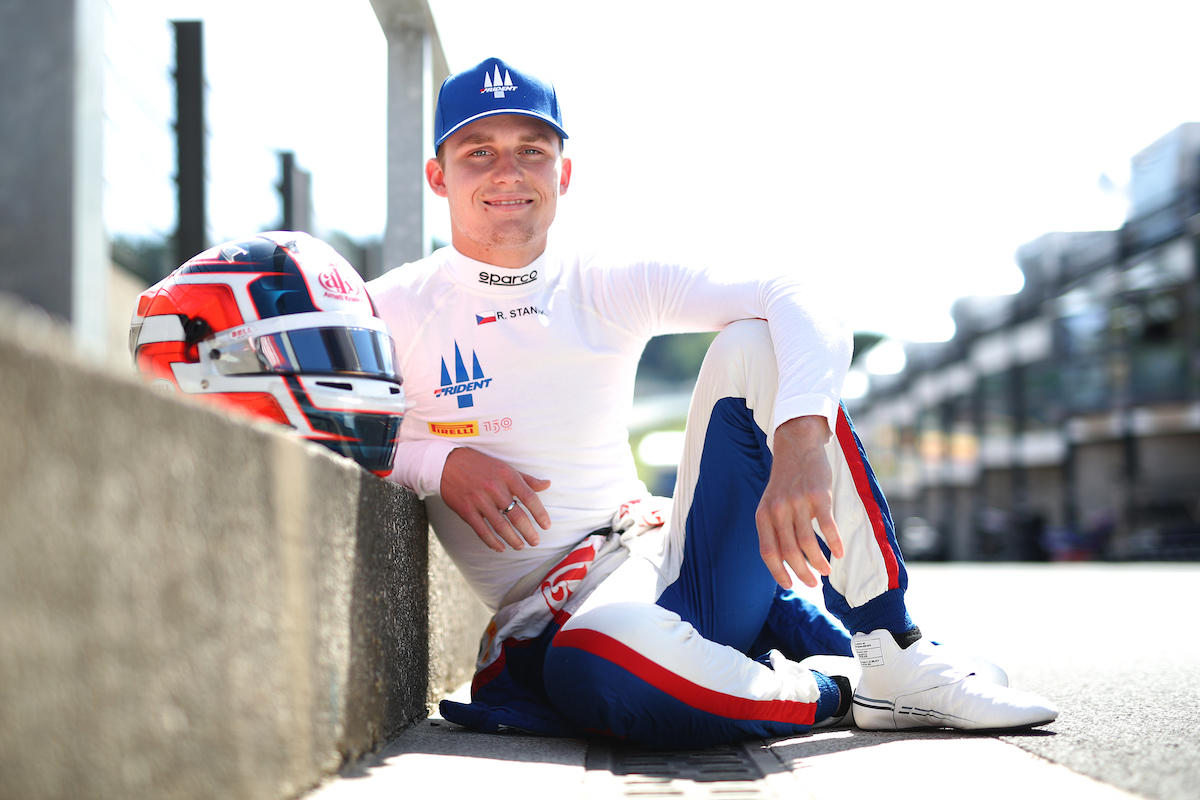 Roman Stanek will remain with Trident for the step up to Formula 2 in 2023.

The Czech took his maiden victory in FIA Formula 3 with the Italian team in 2022 and was in contention for the title up to the final round, ultimately finishing fifth in the standings.

Stanek will line up alongside series sophomore and Trident returnee Clement Novalak in the team’s F2 line-up.

“I’m very thrilled to be working with Trident again this year,” said Stanek. “I’m already at work with the team and Giacomo [Ricci], who is a great mentor to me, to achieve our goals together. This is going to be a year full of challenges and I’m ready for it.”

Stanek, who is still only 18, has already gained experience of working with the team’s F2 engineers, having driven for Trident in the post-season test in Abu Dhabi. He has also gained F2-level experience in private testing of old GP2 cars.

After an impressive debut season in single-seaters in the ADAC and Italian Formula 4 championships in 2019, Stanek rejected a seat with Prema in Formula Regional to jump straight to F3 with Charouz Racing System before switching to Hitech GP for the following season.

After two challenging years, the move to Trident proved beneficial for the Italophile, finally allowing him to challenge at the front and to convince his backers to continue supporting his career.

Trident’s team manager Giacomo Ricci commented: “We are delighted to continue our collaboration with Roman and partner with him for his move to the FIA F2 Championship, which is always a key step for a driver’s career.

“I think that moving up within the same organization is an important added value in terms of continuity. He knows the team very well, and we will be able to support him in the best possible way. Stanek had a remarkable 2022 season in the FIA F3 Championship with Trident Motorsport, and I think there are all the components that are needed to perform at a high level this year as well.”

Stanek will become the first Czech to race in the second tier since Josef Kral in GP2 in 2012.