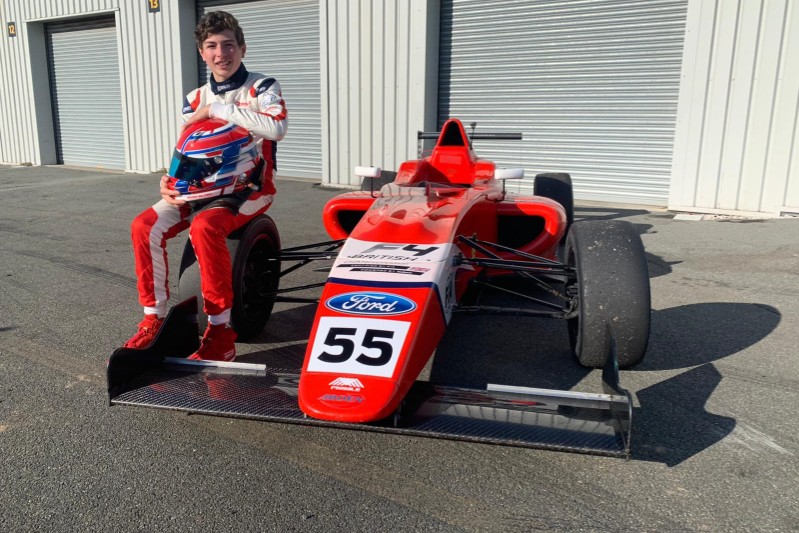 Ginetta Junior graduate Roman Bilinski will make the step up to British Formula 4 with Arden next season.

Bilinski, who competed seven of the 10 Ginetta Junior rounds this year, joins karter and Young Racing Driver Academy member Frederick Lubin at the Banbury-based team. During the summer, he filled up his racing licence with penalty points.

?I am delighted to have been given the opportunity to race with Arden Motorsport in the 2020 British F4 season,? Bilinski said.

?I have a very strong team behind me that share the same goal for success, so we will be sure to give it our best throughout the season.?

The teenager ended the Ginetta Junior Winter Series last year, finishing sixth in the standings, and his rookie season in the main championship featured three non-starts and disqualification at Donington Park from what would have been his only victory.

He ended up with a best finish of third instead, and ended up 20th in the standings after switching teams too.

?We?ve watched his progression through the Ginetta ranks for a while now and have been very impressed ? I?m really looking forward to working together next season.?

In addition to Arden’s two drivers, Fortec Motorsports’ Roberto Faria is already confirmed to stay in British F4 for a second season. The Brazilian was 11th in the standings this year, taking a best finish of fourth.