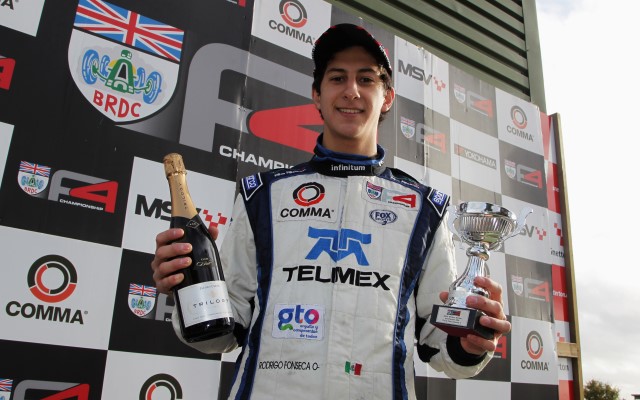 He scored a best result of fourth on his way to 13th in the championship standings, and in November went on to score his first two wins in the Winter Championship, where he finished third.

He now joins the Lanan team, who ran Jake Hughes and George Russell to the crown in the first two F4 seasons.

“I’m really happy to be working with Lanan Racing in Formula 4 this year,” said the 18-year-old.

“Last year was my first season in single-seaters so it was a learning year, now I have more experience and I’m more prepared.?The goal for this season is to be champion in F4 and I think together with Lanan Racing we will be able to do it.

?I really want to thank my family and my sponsors, Escuderia Telmex, the state of Guanajuato and Perugia for believing in me and my project. Without them this wouldn’t be possible.”

Lanan team boss Graham Johnson, who had already signed Jack Bartholomew to his squad for the coming season, added: ?We?re looking forward to working with Rodrigo in the 2015 BRDC F4 Championship.

“He made good progress throughout last season, so I?m hoping we can build on that this year. We?ve now got two great drivers signed up for this season, and our aim is to try and win a third-straight title.?