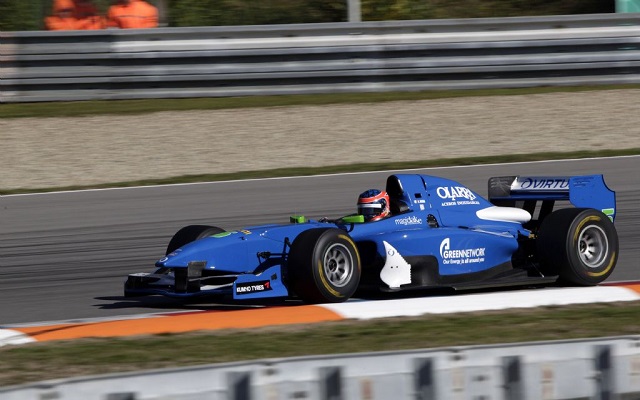 Italian racer Andrea Roda will contest a sophomore campaign in Auto GP with Virtuosi, the driver has announced earlier today.

Roda, 23, made his Auto GP debut in 2013 and wound up Virtuosi’s best-placed driver, taking 12th in the standings with a best finish of fourth.

Prior to that, the Italian contested local Formula Renault 2.0 and F3 championships with varying success and took part in the 2012 F3 Euro Series championship with Jo Zeller Racing.

The Como-born driver is the first name to be confirmed for the 2014 Auto GP season. The exact number of cars to be run by Virtuosi remains unclear, but it is speculated that the team is also in talks with Hungarian racer Tamas Pal Kiss.

Virtuosi took Norwegian Pal Varhaug to the runner-up spot in 2012, but struggled in 2013, with none of their drivers managing a top-three finish.