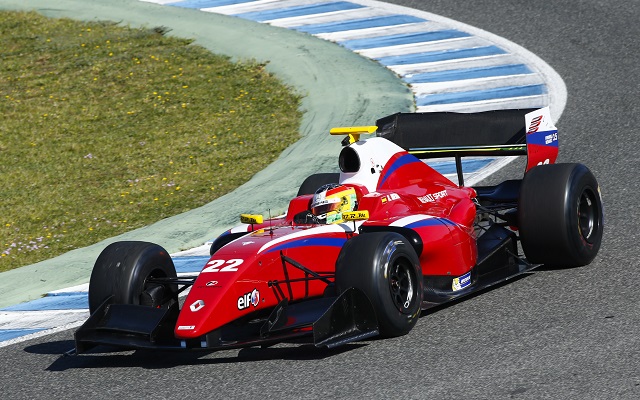 Formula Renault 3.5 team Zeta Corse will field Roberto Merhi and Roman Mavlanov for the 2014 season opener at Monza, as revealed by the series’ entry list.

23-year-old Merhi will make a full-time return to single-seaters after two years in the DTM series as a Mercedes driver. Having failed to score points in his first year in the series, he managed a podium in the final race of his sophomore season, but ultimately wound up only 15th in the standings and was not retained.

Prior to his stint in the DTM, Merhi managed to build up a stellar CV in junior single-seaters, capping it off with the F3 Euroseries title in 2011.

19-year-old Mavlanov moves to 3.5 after three years in the Eurocup, none of which yielded any points. He was, however, more successful in his part-time stint in FR2.0 NEC, taking a maiden podium, and took a joint 4th with Pol Rosell in the International GT Open GTS class in 2013.

The two drivers are expected to be retained for the rest of the season.

Zeta Corse, which underwent an off-season license change from Italian to Russian, finished 10th in the 2013 teams’ championship.