Roberto Faria to continue with Fortec for 2020 British F4 season 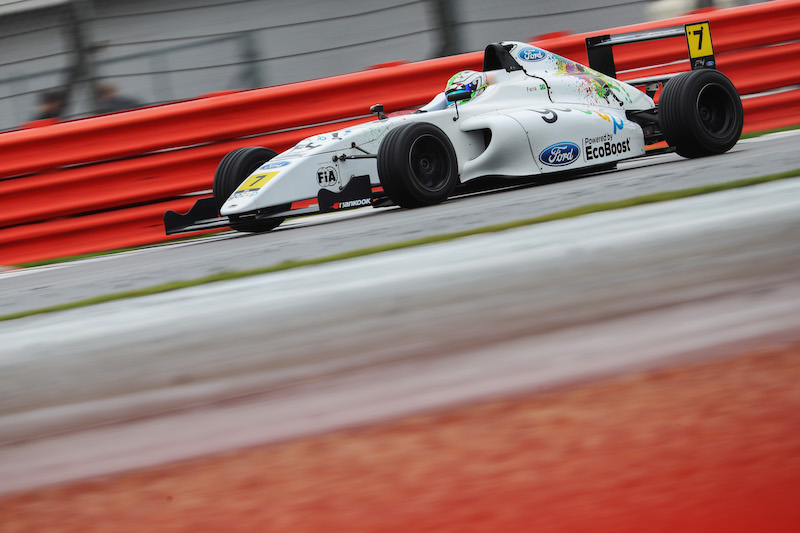 Rookie Roberto Faria will return to the British Formula 4 championship with Fortec Motorsport in 2020.

Faria is the second driver to be confirmed for the 2020 season, alongside Arden?s Frederick Lubin, who was announced earlier this week.

The 15-year-old joined the championship at the start of the season and currently lies 11th in the overall standings and second in the rookie class.

?I?m really pleased to be re-joining Fortec Motorsport in the F4 British Championship for 2020,? said Faria.

?This season has been a really positive introduction to single-seater racing for me; we?ve been in the points most races which isn?t easy in a series as competitive as this, and to have so many Rookie Cup podiums shows we?ve done well versus other drivers in a similar position.

?Now, with another winter testing programme ahead and a whole year of experience with the cars, the circuits, and the racing behind me, I?m confident we can keep pushing and have a strong push to be fighting at the front next season.?

Faria has finished in the top 10 in all but seven races this season, with a best finish of fourth at Silverstone last weekend.

The Fortec driver is yet to finish on the top step of the rookie podium, but his consistent top three finishes means he currently leads the fight to be second best rookie behind overall championship leader Zane Maloney.

?Watching Roberto?s progress throughout the season has been fantastic, so I?m really pleased we?ll have the opportunity to build on that going into 2020,? said team manager Oliver Dutton.

?The transition from karting to single-seaters is a big step, but he?s adapted well and I think the record speaks for itself ? twenty points finishes, twenty class podiums.

?We?re looking forward to ending the season on a high at Brands Hatch this weekend and then pushing on with our winter testing programme ready for the new season.?