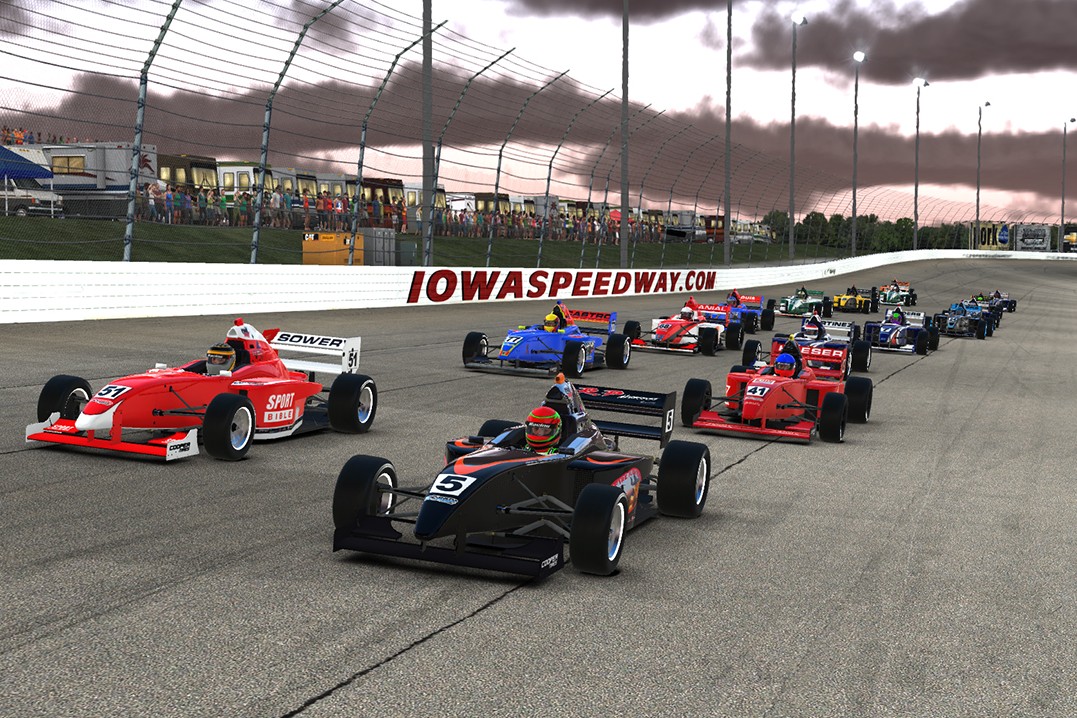 Denes? main rival Braden Eves (Exclusive Autosport) was absent, meaning that only Andre Castro (Legacy Autosport) could deny him the crown. In addition, iRacing changed the tyre modelling of the Pro Mazda car used a day before the decider.

The point for race one pole went to Denes, who dropped back slightly in the early stages of the 20-minute race around the 1.4km oval

Miller Vinatieri Motorsports’ Max Kaeser was involved in an incident immediately, as a pack of six pulled away. Belardi Auto Racing’s Toby Sowery, with his usual team despite the cancellation of the 2020 Indy Lights season, and Castro spent much of the race at the front.

Denes, who was involved in contact with DEForce Racing’s Kory Enders in the middle part of the race, and BN Racing’s Jacob Loomis both miscalculate fuel and had to pit towards the end, taking them out of contention.

Sowery?s run meanwhile ended on a tense final lap after contact with Legacy boss Louis Meyer. He came through in fifth, sans rear wing, as the last finisher on the lead lap.

Castro pipped Meyer and Michael Myers in a Legacy 1-2-3, with FatBoy Racing’s Glenn McGee finishing right behind in fourth. A lapped sixth place was enough for Denes to win the title with a race to spare.

The new champion was then at the vert front for much of race two, which flipped the top 10 finishers from race one to form the front of the grid.

Denes was the only driver not to suffer from an issue of any kind during the 20-minute race and ended up taking a comfortable win ahead of DEForce boss David Martinez and Kaeser.

Sowery worked his way to the front quickly, battling with Denes and Max Kaeser. In the pack, Loomis worked his way up too but then made contact with Sowery. He was awarded a drive-through penalty for his actions, but not before further light contact with Castro.

Towards the mid-point of the race, Andretti Autosport refugee Danial Frost and Castro then made contact, which also wiped out Enders. Frost too earned a penalty.

A spin for Kaeser, a crash for Myers, a drive-through for Juncos Racing’s Nate Aranda for contact with Kaeser, and a spin for Martinez in the closing stages left the path for Denes to take the victory.

Only three drivers ran the race in full, with Loomis and Frost then both a lap down. Castro, Sowery and Enders all lost two laps, while Meyer and Artem Petrov rounded out the top 10 of the season finale three laps behind the winner.