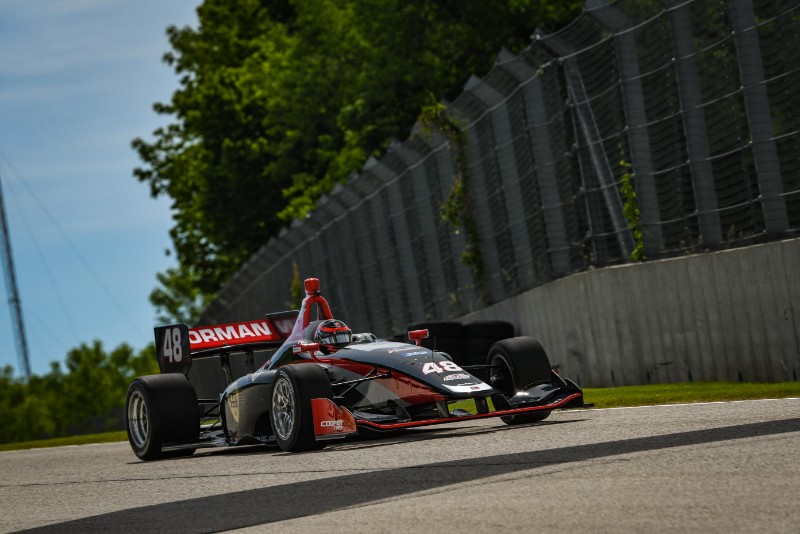 IndyCar’s Road to Indy support ladder has officially cancelled this year’s visit to Toronto, and is set to delay the Road America round that was due to be its season opener.

Average spectator attendance for Honda Indy Toronto far surpasses the 25,000 mark, meaning a rescheduled round for Indy Lights, Indy Pro 2000 and USF200 on the street circuit would have had to have taken place in September or later.

The complications of the already compressed IndyCar schedule, described here, in the end made that an impossibility.

Today, IndyCar put out a statement saying: “The REV Group Grand Prix at Road America has been rescheduled from June 21 to July 11-12, becoming a double-header with championship points races Saturday and Sunday on the iconic, 4-mile road course.

“Two events have been canceled for 2020 due to local restrictions surrounding the pandemic: the Indy Richmond 300 on Saturday, June 27 at Richmond Raceway and the Honda Indy Toronto on Sunday, July 12 on the streets of Toronto.”

The Road to Indy was set to return to racing on June 19-21 at Road America with IndyCar, having abandoned its original season opener in St. Petersburg mid-weekend back in March and postponed several rounds since.

It is all but guaranteed to be following suit with IndyCar’s decision to delay its Road America visit to July 11/12 – the original date for Toronto – and will now begin its season on Indianapolis Motor Speedway’s road course on July 2/3. The cancellation of Toronto brings all three of the Road to Indy series down to 16-race schedules.