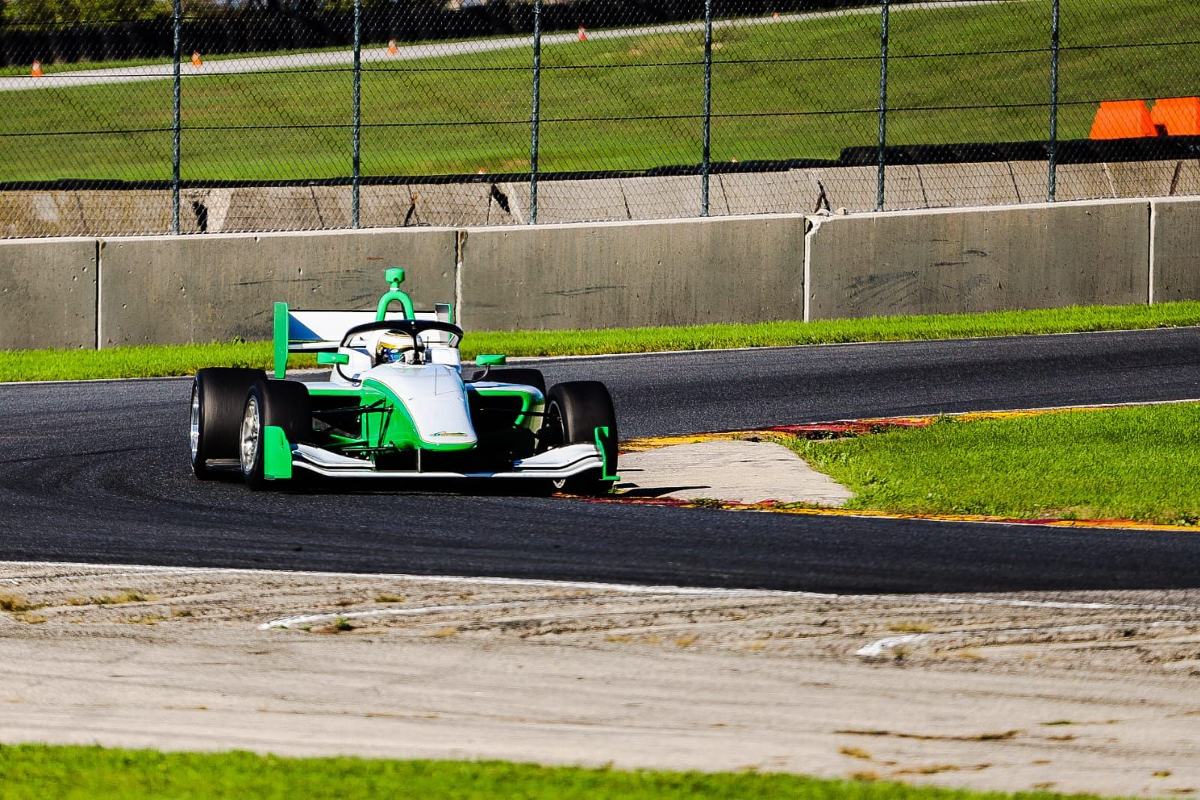 The Road to Indy revealed several significant changes this week, while its newest team went testing with two drivers and an American racing star had his landmark test called off just a day after it was announced

The United States Auto Club (USAC) is the name on everyone’s lips in IndyCar’s support series right now, as each level of the Road to Indy has formed some sort of new connection with the American racing sanctioning body.

In Indy Lights, which will be moving under the control of IndyCar in 2022, the new series director is USAC executive Levi Jones. He will oversee all operational responsibilities, while IndyCar looks after commercial matters when it comes in as promoter on November 1.

Jones was a national series competition director for USAC from 2015 until 2019 when he became executive vice-president and contributed to bringing the company – better known for short-track dirt racing – into single-seaters after several decades away.

The 39-year-old was previously a driver in USAC competitions too, winning seven national championship titles in Sprint Cars.

“My entire career has been in racing and moving to IndyCar and Indy Lights is the perfect next step,” said Jones.

“I look forward to the opportunity to continue to grow Indy Lights and expand its legacy and position as the ideal final step before the IndyCar series.

“It’s hard to put into words what joining an organization like IndyCar really means. When you’re in racing, you always want to be a part of the biggest and the best. This is a dream come true.”

USAC itself meanwhile will become the sanctioning body of the steps below Indy Lights on the Road to Indy, which are still being promoted by Andersen Promotions.

Indy Pro 2000, USF2000 and USF Juniors, a new-for-2022 creation using first-generation Formula 4 cars, will be looked over by USAC through a “long-term relationship” that will begin with the post-season Chris Griffis Test at the end of October.

“Thirty years ago when I first announced the USF2000 series launch in 1991, USAC stepped up and was my first sanctioning body,” said Andersen Promotion’s chief executive officer Dan Andersen.

“We’ve come full circle and I am very pleased to be back with them and look forward to a long-term relationship. USAC Racing is widely recognized for its operation of Midgets, Sprint cars and Silver Crown cars but they are also becoming increasingly prominent in road racing with Porsche and [GT World Challenge owner] SRO. This is a great sanctioning body and we are proud to be with them.

“I would also like to thank IndyCar, which has sanctioned the Road to Indy since its inception in 2010. IndyCar’s focus is, understandably, on series it owns and operates. We’ll continue to use their services on race weekends and look forward to our ongoing relationship as a support series where our drivers continue along their path towards the IndyCar series.”

The IndyCar services that will still be in use include live timing, race control facilities during events and the AMR safety team.

One of an anticipated two new teams joining the Indy Lights grid in 2022 is TJ Speed, and it has expanded the test programme with its Formula Regional Americas leader Kyffin Simpson to now include a second car occupied by Toby Sowery – who dropped out of Indy Lights mid-season to focus on finding a IndyCar seat next year – for recent running at Road America.

Sowery isn’t the only junior single-seater driver starting the search for a step up to IndyCar, as FIA Formula 3 Championship race-winner Logan Sargeant recently landed a test with AJ Foyt Racing at Barber Motorsports Park for next Monday. However within a day of the team announcing his test, it has now said that it will not take place.

Drivers that will be in action include Nico Hulkenberg at McLaren Schmidt Peterson and Indy Lights title runner-up David Malukas at Dale Coyne Racing. It will be both drivers’ first miles in IndyCar machinery, and Malukas is linked to a full-time move into the series with the support of the HMD Motorsports team he raced for this year.