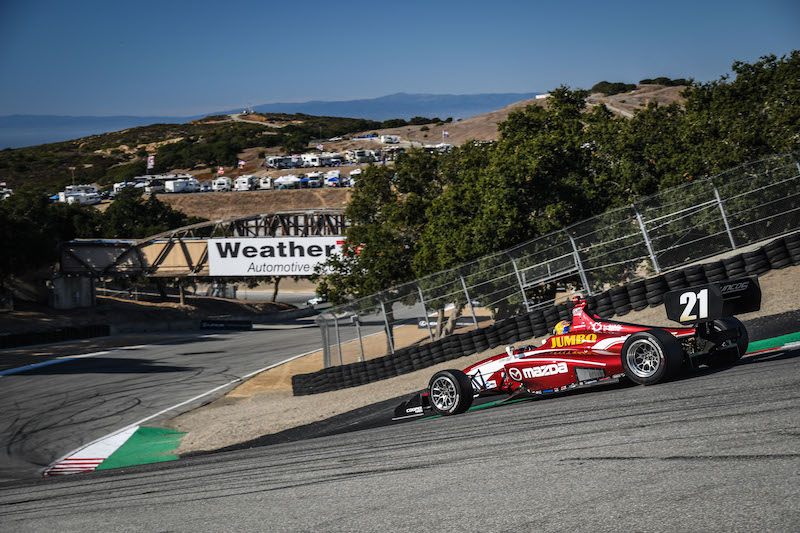 Starting from pole position, Veekay managed to keep hold off the lead at the start ahead of fellow front-row starter and season-long rival Askew, who sealed the title in race one.

Askew stayed within a second of the lead for the first few laps before VeeKay pulled out a gap, the Juncos Racing driver finishing up just over five seconds clear as he notched up his sixth win of the season.

Toby Sowery was some 12 seconds further back in third, a result that clinched the HMD Motorsports driver the same position in the final standings.

Ryan Norman had been just three points behind Sowery coming into the race, and moved up to fourth on lap one after contact with Andretti team-mate Robert Megennis at Turn 2.

Forced wide, Megennis also briefly fell behind Dalton Kellett, but by lap five of 30 was looking around the outside of Norman at Turn 2 for fourth place, eventually finding a way past on the inside of the same corner two laps later.

Norman would go on to fall into the clutches of Kellett, holding off the Juncos driver by just nine tenths of a second at the line. That ensured he held onto fourth in the standings, only four points in front of Megennis.

David Malukas was seventh with Lukas Kohl again rounding out the eight-car field.