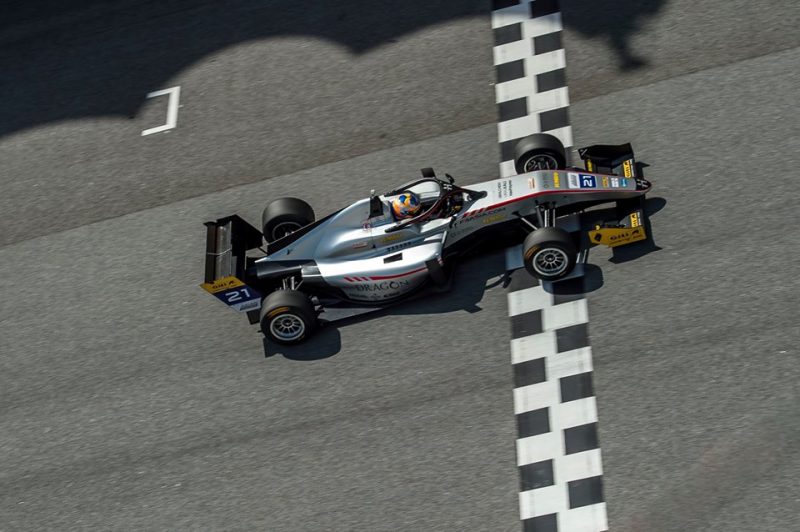 Rinus VeeKay consolidated his Asian Formula 3 Winter Series lead at Sepang, as Dan Ticktum crashed out of the title fight with another disappointing weekend.

This time round the problems started in qualifying for Ticktum, and prevented him from entering the first race. Another non-starter was Amaury Cordeel, who pulled off on the warm up lap and led to the race starting behind the safety car.

When racing got properly underway, poleman VeeKay came under pressure from Yifei Ye and just held him off, an event which was repeated in the second and third races.

In the first two encounters Ye eventually dropped away from the Dutchman, but in the final race he managed to nab him through Turn 3 before a safety car was called out for a David Schumacher spin. On the restart Ye remained in front, and pulled away to take a dominant 11 second victory. It means VeeKay goes into the final round of the season with a 29 point lead, with just Ye and Alessandro Ghiretti able to beat him to the title.

Ghiretti, team-mate to VeeKay at Hitech GP, finished third in all three races in another impressive run by the Formula 4 South East Asia champion. The other Hitech drivers had varying fates, with Ticktum climbing from the back of the grid to sixth on the opening lap of race two, but then only overtaking one other car through the rest of the race. In race three he finished sixth on the road, but was then penalised for overtaking under the safety car and dropped to ninth.

Formula Renault Eurocup champion Max Fewtrell made his F3 debut, but ended the first race in the pits. Like Ticktum he climbed up the order in race two, having a long battle with Schumacher, and then finished fourth in the final race after holding off team-mate Ticktum late on.

Pavan Ravishankar got three eighth places, in each encounter featuring higher up the order earlier on and then sliding down the order. In race two held off Pinnacle Motorsport’s Schumacher for lap after lap, only losing seventh at the last corner of the last lap.

Schumacher’s team-mates had differing weekends, with Cordeel failing to score and Akash Nandy jumping to fifth in the standings with two fifth places.

Other stars of the weekend included Super License’s Tomoki Takahashi, who was fourth twice, Sri Lankan Eshan Pieris was consistently on the pace, and single-seater newcomer Vivien Keszthelyi scored points once again.

The intra-team battle at B-MAX Racing for the ‘Masters’ class win was close, with Tairoku Yamaguchi winning the first encounter and then team boss Dragon achieving the feat in the remaining two.

Charles Milesi and Rui Andrade graduate to Formula 3 for 2019