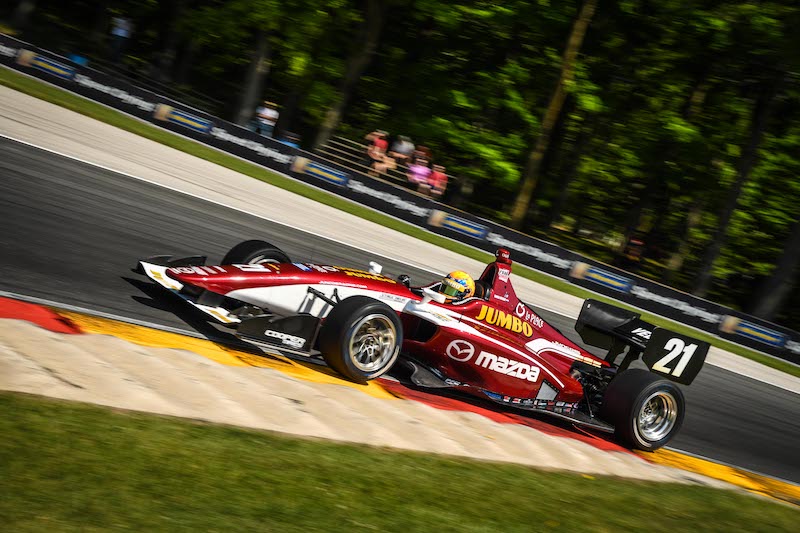 The Dutchman held off Andretti Autosport’s Ryan Norman at the start, before streaking off to a 12.8989 second victory.

Having impressed with victory in the first race of the weekend, Norman had a relatively comfortable run to second place at the positions behind changed throughout.

Championship leader Oliver Askew ran behind team-mate Norman at the start, and briefly got past on the fourth lap. The move ended up putting him under pressure from the third Andretti car of Robert Megennis, who moved past his team-mate midway through the race.

Askew eventually reclaimed the position, and in the closing laps did get closer to Norman.

Once third place had been established, the battle for fourth then became more energised. It wasn’t contested by Megennis though, as he and BN Racing/Team Pelfrey driver Toby Sowery started to suffer from ill-handling cars and sank down the order.

This handed the initiative to the second BN Racing car of David Malukas and Belardi Auto Racing’s Aaron Telitz. The latter had briefly ran second on the opening lap before missing his braking point and dropping to last, and despite numerous mistakes and a few instances of contact he made his way up to fifth.