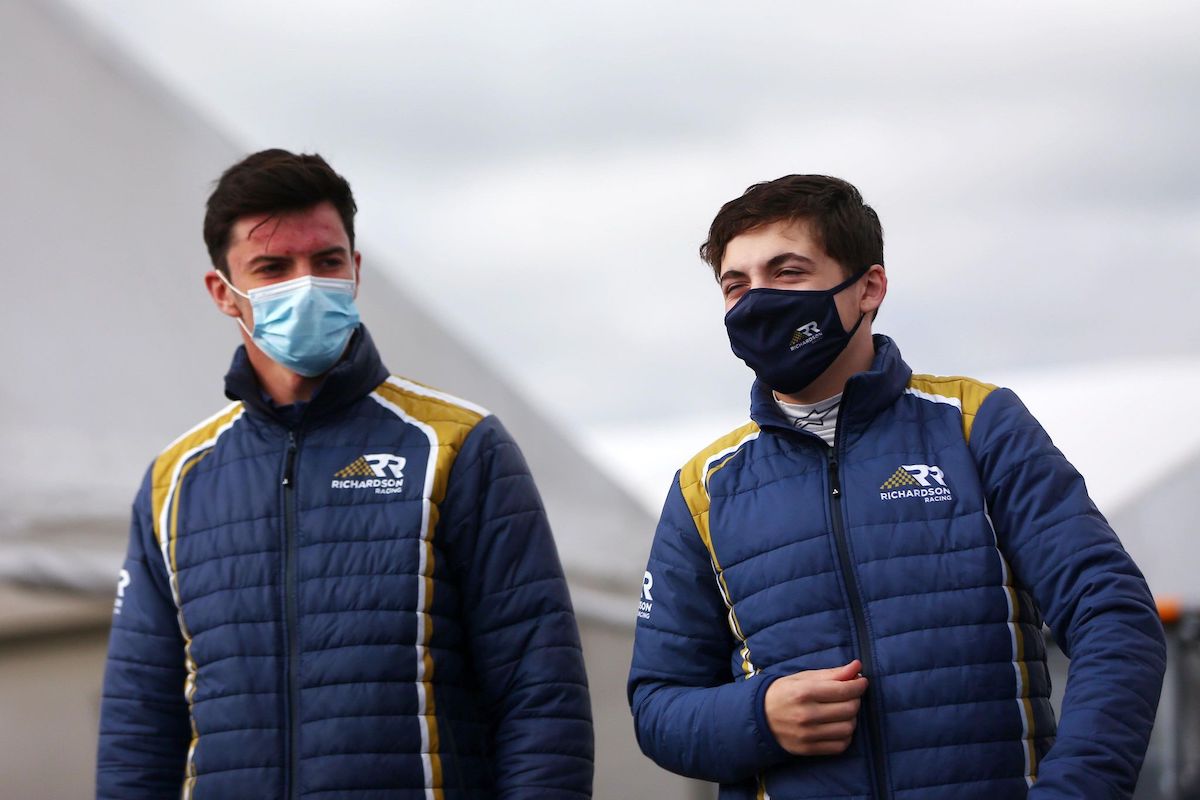 Richardson Racing will return to British Formula 4 in 2021 with Ginetta Junior frontrunner Georgi Dimitrov announced as its first driver.

Fifteen-year old Dimitrov has taken four wins in his maiden season in car racing and sits fourth in the Ginetta Junior standings with one round to go.

Gwyn Richardson’s eponymous team last raced in F4 in 2019 with Luke Browning, who is fighting for the 2020 championship.

“My goal has always been to race in single-seaters, so I’m really excited by this opportunity, and it is great to be able to stay with the team after a strong first season together,” said British-Bulgarian driver Dimitrov, who previously raced karts in British and European competitions.

“I feel like I have been able to prove myself this year in the Ginetta and it has been a good place to start my car racing career, and British F4 is the next step.

“If you look at the top three in the championship this season, they all raced in Ginetta Juniors beforehand, and a lot of other drivers have followed the same route and gone on to do well. My aim is to follow people like that and try to work my way up the motorsport ladder.

“I don’t want to get too carried away about what to expect because I am still learning, and I’ll take the same approach that I took this season and see what happens. I’ll work hard with the team during the winter so that we can try and make sure we are as strong as possible when we get to the first round, and hopefully, we can fight for some strong results.”

Richardson has tested through this year ahead of its return to the grid and plans to run three cars next season.

“We’re absolutely delighted to be able to confirm that we will return to British F4 next season and that Georgi is the first driver to sign up for the programme,” said Gwyn Richardson.

“When he joined us at the start of the year to race in the Ginetta, we knew he was a talented driver from karting, but he has really exceeded our expectations.

“He hit the ground running from the very start of the season and has developed a lot over the course of the year, so we are confident that he will be able to make an impression in British F4 in 2021 and challenge for some strong results.

“We’re talking to a number of other drivers about joining Georgi in British F4 next season, with our goal being to put together a three-car programme for our return to single-seaters.”

The 2021 British F4 season is due to begin on April 3-4 at Brands Hatch’s Indy circuit, where the current season is set to conclude this weekend.