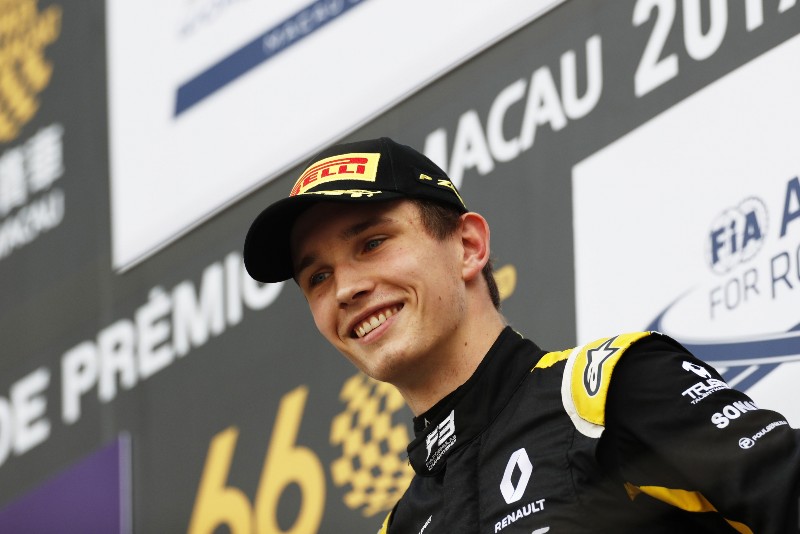 The 18-year-old Dane has been part of the Renault Sport Academy for the entirety of his single-seater career, which started in 2017 with titles in the North European Zone and Spanish Formula 4 championships.

He stepped up to the Formula Renault Eurocup in 2018 and just missed out on the title, then came sixth last year in the FIA Formula 3 Championship and fourth in the Macau Grand Prix. In addition to that he made his Formula 2 debut with Trident, and is set to race full-time in the series with ART Grand Prix this season.

F1’s VGPS is a substitute for real world racing during the global COVID-19 novel coronavirus pandemic, and features all 10 of the real F1 teams racing on the official F1 2019 game. A mixture of professional drivers, gamers and celebrities have taken part so far.

Renault picked its reserve driver Guanyu Zhou for the first race at Bahrain, and has replaced him with F2 rival Lundgaard for this weekend’s Melbourne race. Lundgaard’s team-mate will be two-time New Zealand Formula Ford champion and Australian Supercars racer Andre Heimgartner.

Ferrari has revealed it will run its usual driver Charles Leclerc, and is expected to also field his younger brother and recent Ferrari Driver Academy signing Arthur.

When points systems played a part in history