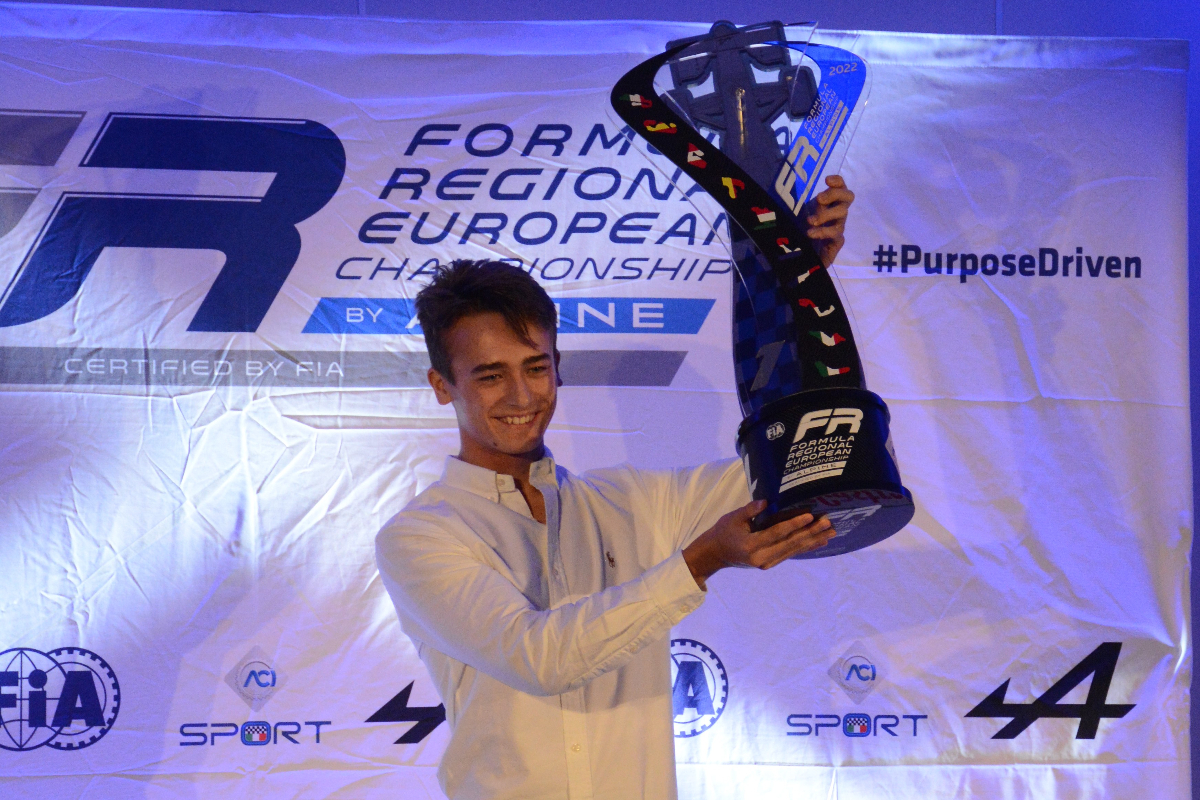 In the 2021 Formula Regional Europe finale, Dino Beganovic was distraught after being wiped out of victory contention. A year on, the emotions were very different as he became champion.

His manager, touring car legend and 1992 Macau Grand Prix winner Rickard Rydell, was “almost as happy as Dino” to secure the championship in a nerve-wracking conclusion to the penultimate race of the 2022 season at Mugello last weekend.

“Of course, it was quite tense this weekend,” Rydell told Formula Scout after the race.

“You never know when it’s one or two races to go. You can have a bad weekend like in [qualifying for race two in] Barcelona where he was 0.054 seconds from fastest [in his group] and had four cars in front of him and had to start 10th.”

“The championship has become closer throughout the season with some rookie drivers becoming quicker and quicker and that’s made it more competitive,” he added. “We lost a lot of points in Barcelona [which made things] a little more nervous but he delivered here, so it’s really nice.”

Rydell started working with his fellow Swede “in his last year in karting”, and has been delighted “to see the progress he’s made this year – the way he’s driving, the way he is outside the track as well”.

“He’s very professional. He’s got this set goal in his mind and he’s just like learning all the time, getting better and better.”

A relieved Beganovic told Formula Scout: “We have done an amazing step as a team, but also me. I’m a much more complete driver. We took [last year] as a learning year in the end and all those small mistakes that I was doing last year, and which are not supposed to be done in this championship, were not done this year and that’s why we came out on top.”

Rydell agrees that experience has played a part, but is only one element of 18-year-old Beganovic’s improved form in his third year of single-seater racing.

“But it is also the will to learn, to realise what you need to do, and I think he’s got it,” he said. “He’s always been very talented but you also have to learn and to understand what you have to do, and I think that’s what he has improved a lot for this season.”

While Prema team-mate and title rival Paul Aron backed up the field under a late safety car in the title-deciding race, Beganovic not only lost a comfortable gap but was pushed back to fourth at the restart.

“Everything was under control before the restart and then after that it was a bit of a hard time,” Beganovic admits.

“It was getting a bit too close, but it still felt as if I had everything under control. [So] even more of a relief when I crossed the line.”

With the title in the bag, Beganovic “could really relax and enjoy the last race”, meaning “I could just change and drive like I normally drive”.