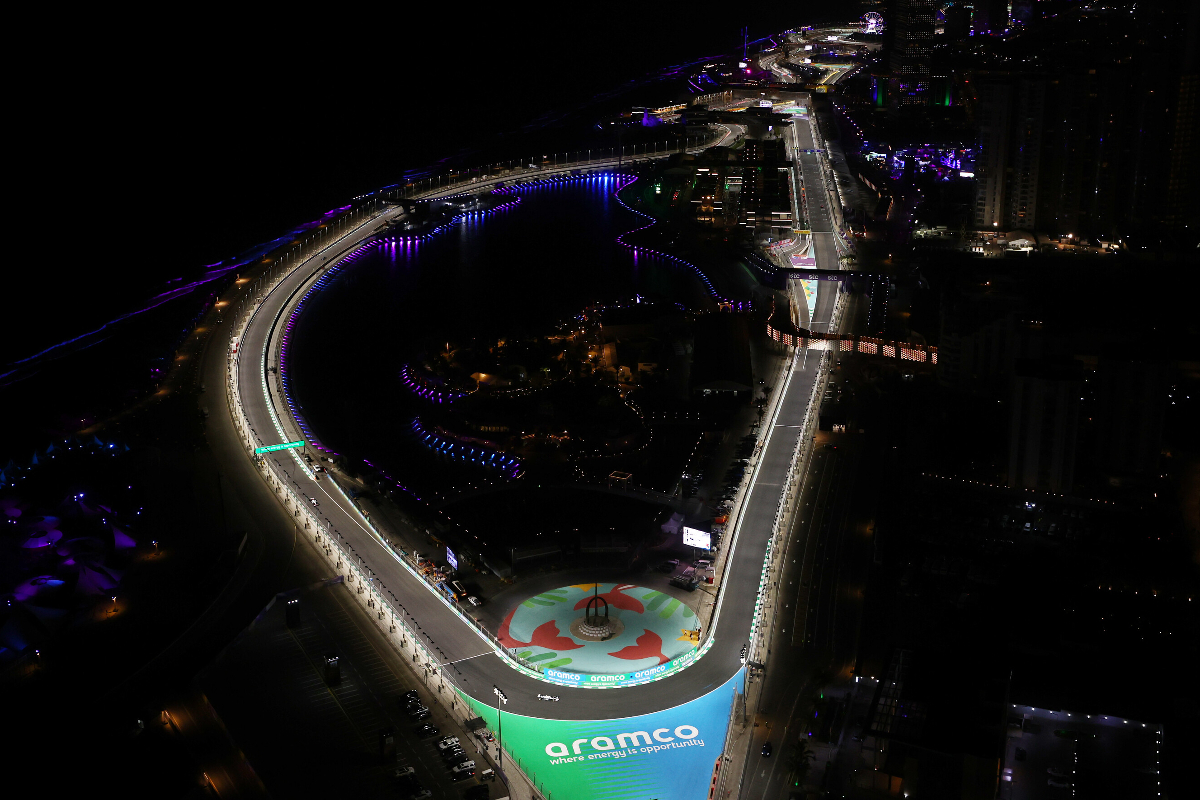 Missiles, war, overnight driver meetings and race director confusion. There was more than just racing to focus on in Saudi Arabia last weekend as Formula 2 visited Jeddah for its second round of the season

It is very odd to be sitting, reflecting on a F2 weekend on a Sunday night and not be thinking about some thrilling racing, analysing the pecking order or anything like that. So the 2022 Jeddah F2 round was certainly unique, to say the least.

There were some utterly outstanding performances up and down the grid. Felipe Drugovich’s self-proclaimed perfect weekend, Liam Lawson’s winning weekend that deserved more, Richard Verschoor doing wonders at Trident, Jehan Daruvala’s wonderful recovery drive after a qualifying issue and Jake Hughes putting Van Amersfoort Racing in the top four to name but a few, but there’s still a lingering sense of deflation after the weekend.

Formula 1 has been no stranger to controversially heading to certain locations during my 20+ years of watching the championship, but the security concerns surrounding the Saudi Arabian Grand Prix were like nothing I’ve experienced, certainly since I’ve been old enough to comprehend exactly what is going on. It certainly was an odd experience to watch things unfold from afar knowing I have friends, colleagues and, of course, drivers I speak to all out there as the Formula Scout team was working entirely remotely.

There was little doubt in my mind that the event would continue to go ahead, but whether F1 (and therefore F2) should have been in Saudi in the first place was brought up once again.

I won’t claim for a second to know the full ins and outs of the Yemen Civil War that the Saudi kingdom has involved itself in. But what I have read and analysed sounds completely horrific, like with so many other wars taking place right now. And for F1 to have shunned Russia just weeks ago after it invaded Ukraine, and then having signed a lengthy contract with a country actively at war with its neighbour too simply just does not sit right. 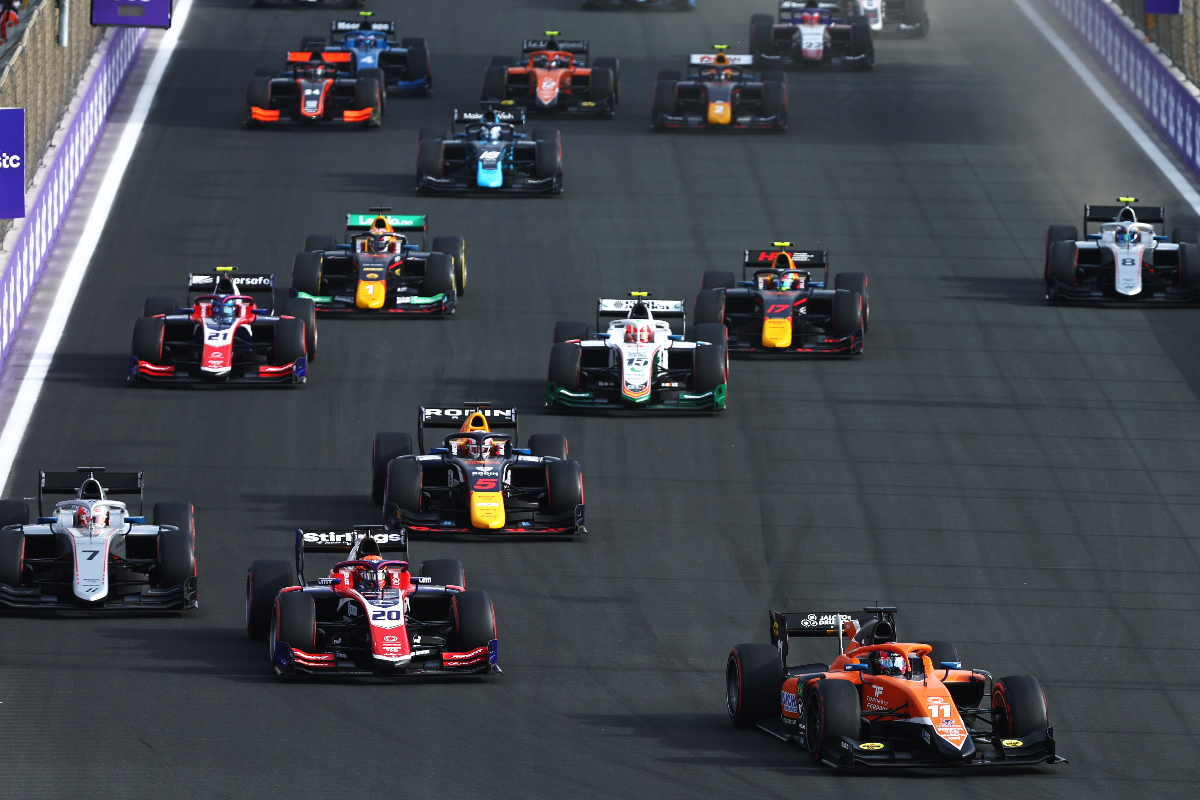 This is before mentioning the widely reported treatment of minorities and in the country and other human rights concerns, something totally not unique to Saudi Arabia, but it is something highlighted, nonetheless.

Formula Scout doesn’t tend to address these issues as such, not least because the talk is understandably more about F1 heading to these countries rather than a junior championship with a fraction of the following but, on this occasion, it felt right to do so as F2 (and the Porsche Sprint Challenge Middle East) was caught up in it without a major say.

From a driver’s viewpoint, had any of them felt unsafe at the event, I have little doubt that they would have packed up and left. F1, the FIA and all involved were assured that the event was safe, that the circuit was the safest place to be at in the country, and that was much of the assurance these drivers needed to continue with their weekend.

These were not really the sort of questions that felt comfortable asking to men in their late teens and early 20s during Saturday’s press conference, but it felt necessary to do so, and they answered them so eloquently.

It’s not just the location that has become so critical though. Two drivers in F2, Cem Bolukbasi (who also suffered a concussion) and Amaury Cordeel, failed to start races this weekend after crashes, as did Mick Schumacher in F1, and the circuit safety elephant in the room was raised once again. The F2 drivers enjoy the thrill of this circuit, but when put to the top three of Sunday’s feature race they saw few safety improvements that made sense. ‘Jeddah Corniche Circuit’ boasts itself as the fastest street track in the world (despite not being a street circuit), but at what risk? To me, it gives the same anxiety to watch as I get watching Indy cars racing at 240mph on an oval.

We also had a highly complex and messy situation in the sprint race with Dennis Hauger and the pit entry (click image for more), and it just added to what was already a highly contentious weekend. It had all been highly draining. 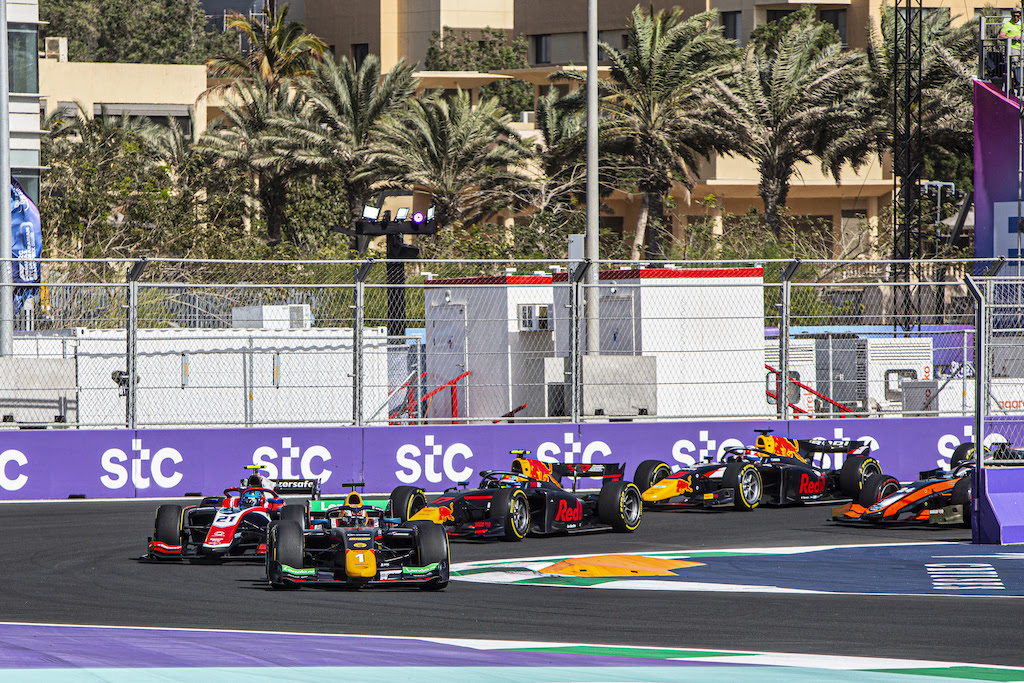 There’s a lot of nonsense about how sports and politics shouldn’t mix, because the two always do, and it’s something that the world needs to understand. Think about how many junior racing drivers have been coming up through the ranks with state-backed sponsorship, for one example. There’s an obvious case of the two intertwining. And venues paying money to host certain events, be it locally or nationally, that will have political involvement. Asking to close streets to go racing will also require politics too, as Formula Scout’s Ida Wood explored in downtown Montreal back in 2017.

Not that I expect it to, and I am probably being very naïve, but I would like to think that events in the world recently will have finally highlighted whether sport should be mixing with and taking money from states that also partake in some horrific activities. “Sportwashing”, as the term goes, cannot be overlooked any longer, and of course, that has an influence on grassroots, the intermediate tiers and the top of many sports.

This has become a bit of a weird piece already at this point, a more personal take than has been the norm here, but I am just highly thankful that the worst did not happen, and that we were able to have some decent racing as we had in the feature race – a bizarre race which was remarkably clean by F2 standards.

F1 and the FIA did get away with this scenario. But if what has been going on in recent weeks was not the alarm bell needed to seriously consider where it goes racing, I hope this has been it. That’s not just an issue in our sport, but it’s a global sporting matter that needs addressing and soon.

Hopefully, come Imola, all of the talk will once more be about the racing. Because F2 has got a cracking, totally wide-open season ahead of it after analysing the two weekends we’ve just seen.

Listen to more on this topic, and what actually went down on track in Saudi Arabia, on the latest episode of the Formula Scout Podcast on Breaker, Google Podcasts, Overcast, Pocket Casts, RadioPublic, Castbox, Apple Podcasts and Spotify.