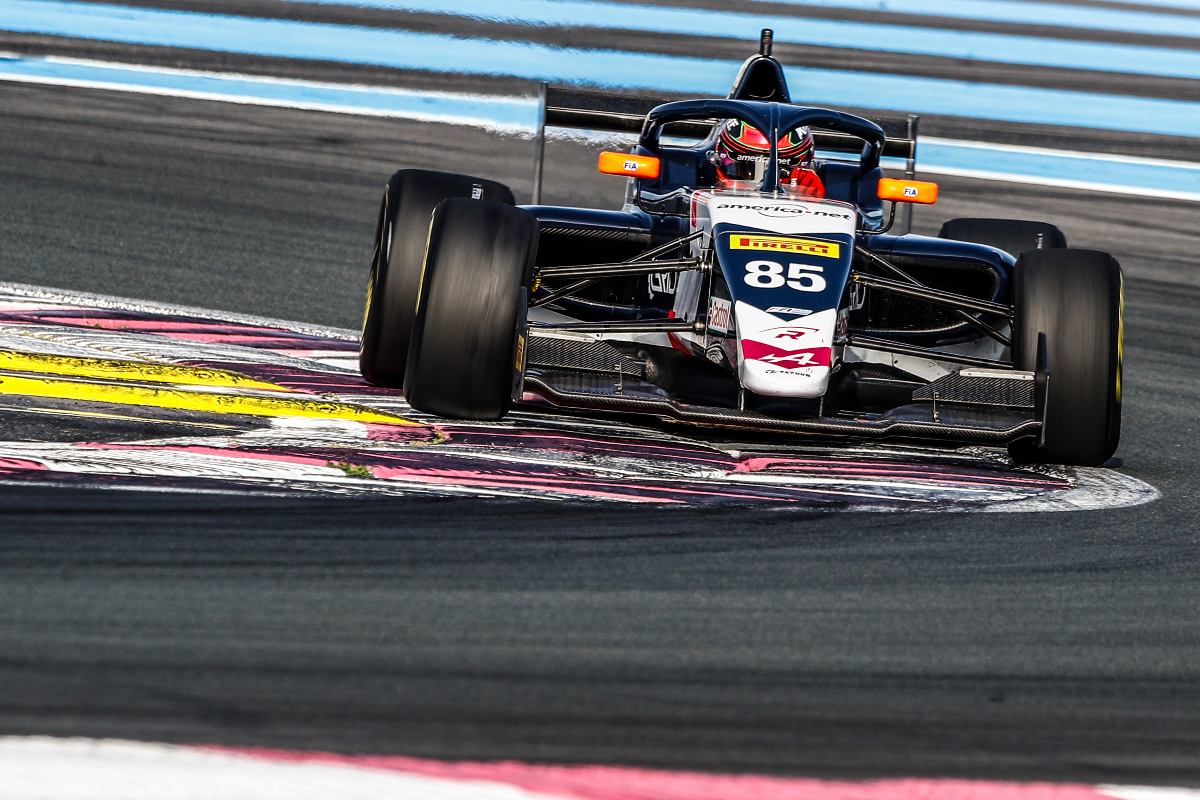 The Brazilian set the fastest lap, 1m58.850s, in the middle of the morning session and had a comfortable gap of 0.378 seconds to next best Matias Zagazeta of G4 Racing.

Only seven drivers lapped within a second of his pace before track conditions worsened, with Van Amersfoort Racing’s Joshua Dufek 0.535s back in third.

Prema’s Sebastian Montoya, and his team-mates Paul Aron and Dino Beganovic, spent most of the afternoon session at the top of the times but the pace was over 22s slower than the morning.

A flurry of track activity when the track was drier shuffled the order entirely, with Monolite Racing’s Maceo Capietto going almost three seconds faster than Montoya to end the afternoon on top with a 2m18.553s lap.

He initially had a gap of almost two seconds to second place, but later on there was more activity in a dry window and Bortoleto became Capietto’s closest rival but was 0.477s slower.

Dufek and KIC Motorsport’s Santiago Ramos also got within a second of Capietto, with ART Grand Prix duo Laurens van Hoepen and Mari Boya in fifth and sixth place. The pair were back on track after suffering chassis damage at the exit of turn two on Tuesday. It was a repeat of issues that inflicted FREC at the circuit last year.