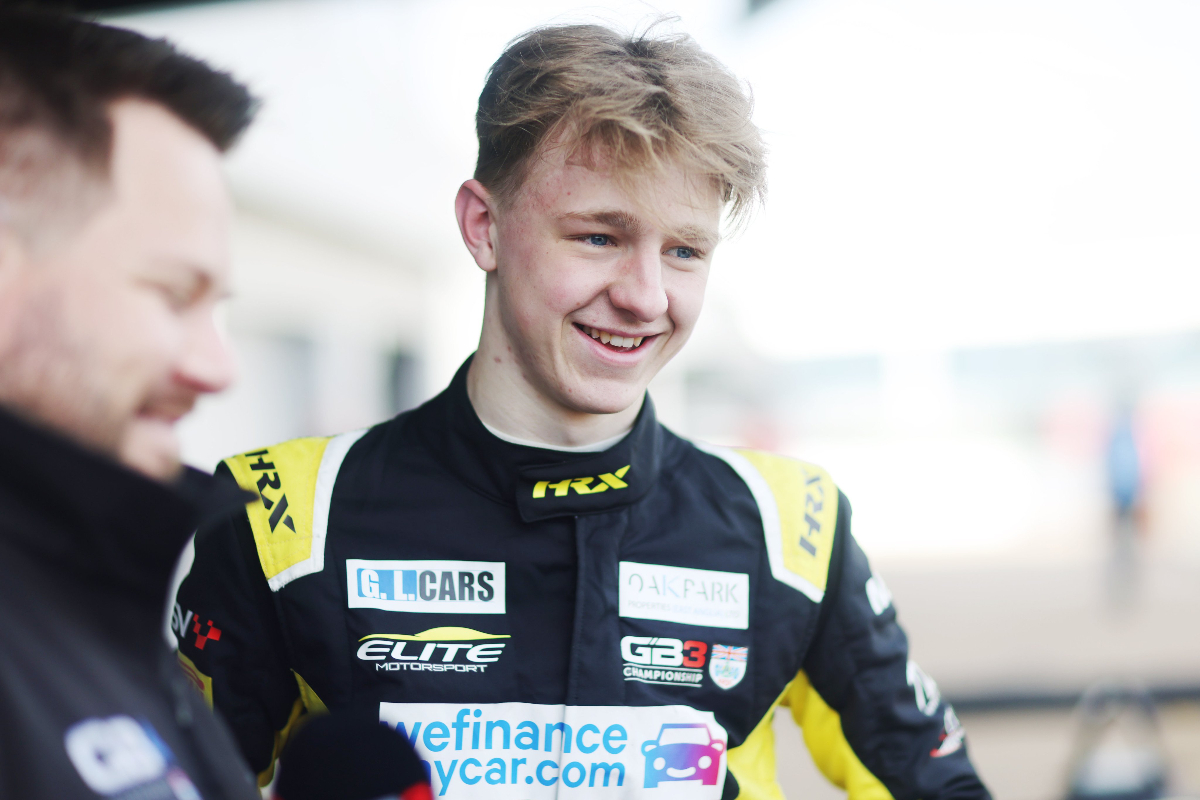 Tom Lebbon was fastest in GB3 qualifying at Brands Hatch, but a grid penalty carried over from the previous round demotes him to sixth for the opening contest.

Having missed out on the fastest time by 0.028 seconds, JHR Developments’ Matthew Rees is promoted to pole position for race one, and will start from second alongside Lebbon in race two, the pair separated by an even smaller margin of 0.008s based on driver’s second-best laptimes.

Title rivals Joel Granfors and Luke Browning will share the second row in race two, with the pair both starting one place higher in race one courtesy of Lebbon’s penalty.

Callum Voisin’s hopes of joining their battle were dented five minutes into the 20-minute qualifying session when he caused the first of two red flag periods.

The Carlin driver had an almost identical shunt on the exit of Westfield to his practice incident earlier in the morning, leaving him down in 21st on the grid for the first two races.

Granfors had led the way with a 1m19.864s before the stoppage, and there was not enough time for anybody to challenge his benchmark before the session was halted again when the Swede’s Fortec Motorsports’ team-mate Mikkel Grundtvig ground to a smokey halt at Graham Hill Bend.

Elite Motorsport’s John Bennett went quickest when qualifying resumed with 10 minutes on the clock, his effort of 1m19.556s putting him 0.007s clear of Arden’s Nico Christodoulou.

Granfors returned to the top with a 1m19.152s, before Rees lapped over 0.3s faster and Hitech GP’s Browning moved up to third.

Bennett ended qualifying in fifth ahead of Christodolou, with Lebbon’s penalty moving the pair up one place for the opening encounter.

Max Esterson was seventh for Douglas Motorsport ahead of Arden’s Alex Connor. Hitech’s Bryce Aron was ninth ahead of Carlin’s top qualifier Javier Sagrera, as team-mate Roberto Faria also carried over a grid penalty that drops him from an already lowly 14th, after missing most of practice, down to 15th on the grid.