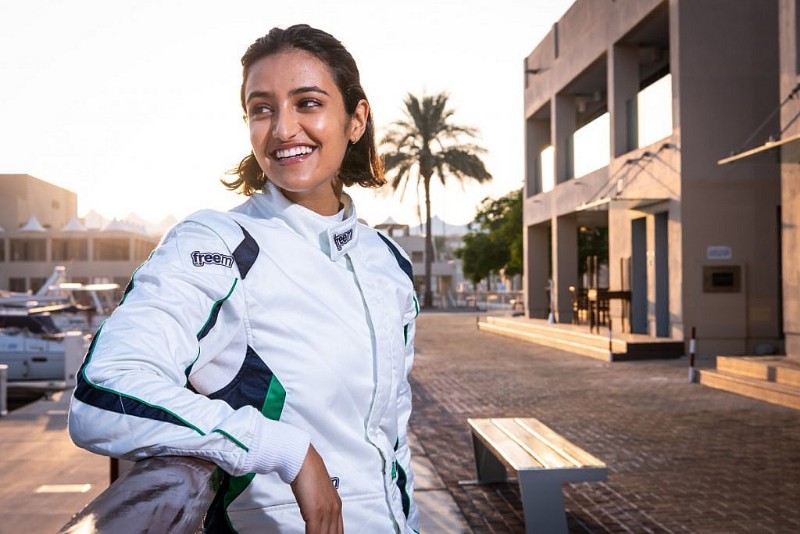 Juffali is the first female racing driver from her country, and will join championship returnee Sebastian Alvarez and Ginetta Junior runner-up Louis Foster at Double R.

Despite being considerably older than her two team-mates at 27, Juffali is the least experienced of the three drivers. She began her racing career in October 2018, entering the Toyota GT86-based UAE TRD 86 Cup, and is already a winner.

?I?m happy to be joining Double R Racing, a championship winning team with such a great history, and to be competing in British F4 where many great drivers have started?, said Juffali.

?It?s going to be a tough year in such a competitive championship, but I?m ready for the challenge.?

Juffali decided to switch to single-seaters shortly afterwards, and entered the final round of the MRF Challenge last month. Her best result was a ninth place.

?We?re really looking forward to working with Reema in British F4 this year and delighted she?s joined Double R for her first full season of racing at any level.

?I know there?s a huge amount for her to learn ? the car, the style of racing and all of the British tracks which are very unique ? but Reema has shown a great deal of promise already.

?It?s fantastic to be working with someone who is breaking down barriers as Reema is, and has been over the past few months, since she decided to start racing. The aim at this stage is to try and make continued progress every weekend, and I?m sure she will.?

Ralph Boschung back in Formula 2 with Trident