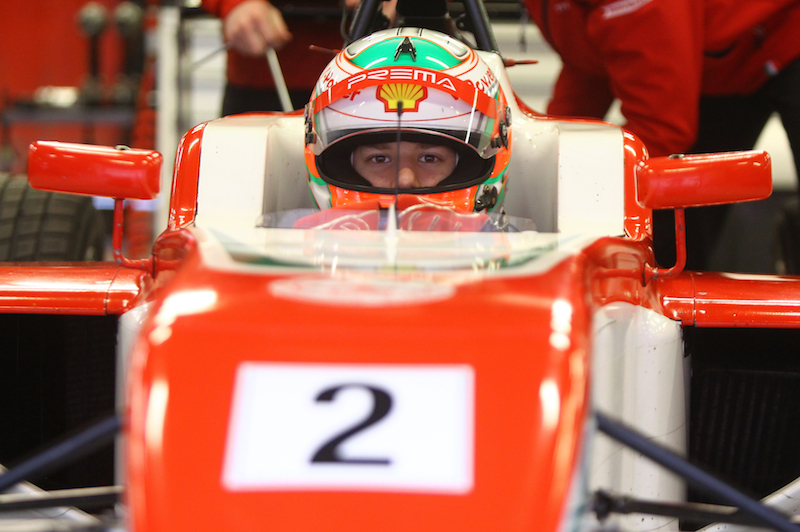 Ferrari Formula 1 junior Gianluca Petecof will continue with Prema Powerteam for a second season in the ADAC and Italian Formula 4 championships this year.

After finishing sixth in the 2017 World Karting Championship at the senior OK level, Petecof was signed to the Ferrari Driver Academy and placed in F4 with Prema.

The Brazilian, now 16, finished 10th in ADAC F4 with one podium to his name, and a more impressive fourth in the Italian championship, where he won at Mugello and took four other podiums across the season.

?The 2019 season is finally beginning and I couldn?t be happier and more excited to stay with Prema Powerteam for another year,? Petecof said.

?I think that, after the 2018 season, I learned how much of a family Prema is. It?s a great team and it?s not a coincidence that they have such an outstanding history.”

Petecof has cited title ambitions for 2019, meaning he’ll have to fend off karting champion and team-mate Paul Aron, several returning drivers in both championships, as well as F1 juniors from Red Bull and Sauber.

Prema team principal Angelo Rosin said of Petecof: ?Gianluca impressed us from day one with a really positive attitude and we are happy to continue working with him in what will be an extremely important year for his career.

?Moving up from karting to single-seaters, he learned a lot and made outstanding progress throughout 2018, ending the season in successful fashion and showing he has what is needed to be a leading contender.

?We are also proud of our continued relationship with the Ferrari Driver Academy, as for 2019 we will have FDA-supported drivers in every series from Formula 2 to Formula Regional European Championship, FIA Formula 3 and FIA Formula 2.?

Alongside Petecof and Aron, Prema will also field Alessandro Famularo and Oliver Rasmussen in Germany and Italy.

There are 29 drivers now signed up for Italian F4, with BVM Racing recently adding Romanian karting graduate Filip Ugran, while the ADAC field stands at 15 entrants.