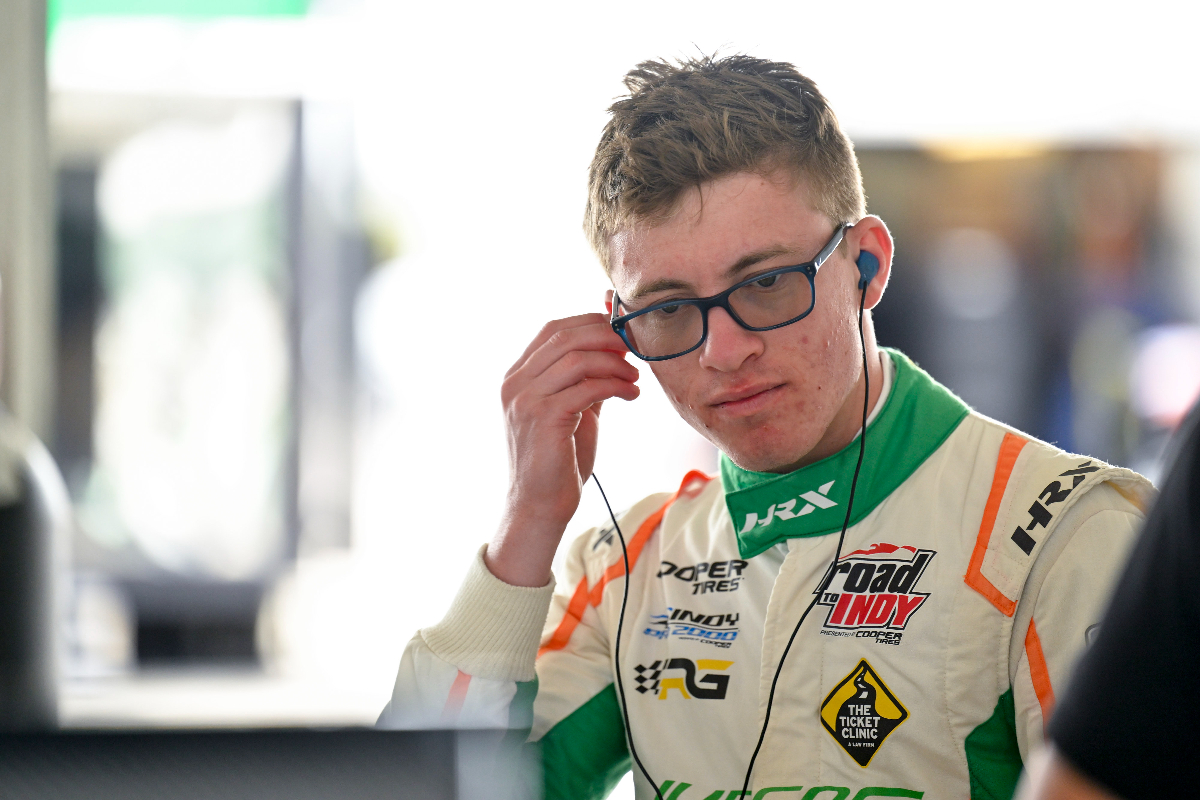 The test consisted of two one-hour sessions on Thursday, and will be followed up by the single free practice session later in the afternoon.

Jack William Miller led the way for much of the first test session, a 1m22.637s keeping him ahead right until the final 13 minutes when Exclusive Autosport’s Louis Foster went faster by 0.007 seconds. Juncos pair Gold and Enaam Ahmed sat behind them in third and fourth, with Gold just 0.034s off the pace.

The order was shaken up in the final five minutes as drivers went on their final flying laps, and Nolan Siegel then his DEForce Racing team-mate Kiko Porto went to the top. Turn 3 Motorsport’s Josh Green bettered both of them with a 1m22.295s set with just over a minute-and-a-half to go to end the session on top.

However that top three failed to improve their pace in the second session, which was disrupted midway through by a red flag stoppage.

Gold recorded a 1m22.078s lap prior to that break and it went unbeaten after it, with Miller sitting in second throughout as well. Foster went third fastest, and Green’s morning benchmark put him fourth overall for the day.

The top 13 were spread by a second in the combined timesheet, with Wyatt Brichacek up in ninth despite very limited mileage in session one. Jordan Missig only set three laps in session two and he ended up down in 14th place. The only other non-improver in the afternoon was Lindsay Brewer, who will be making her delayed IP2000 debut this weekend with Exclusive Autosport. She was two seconds off the pace.