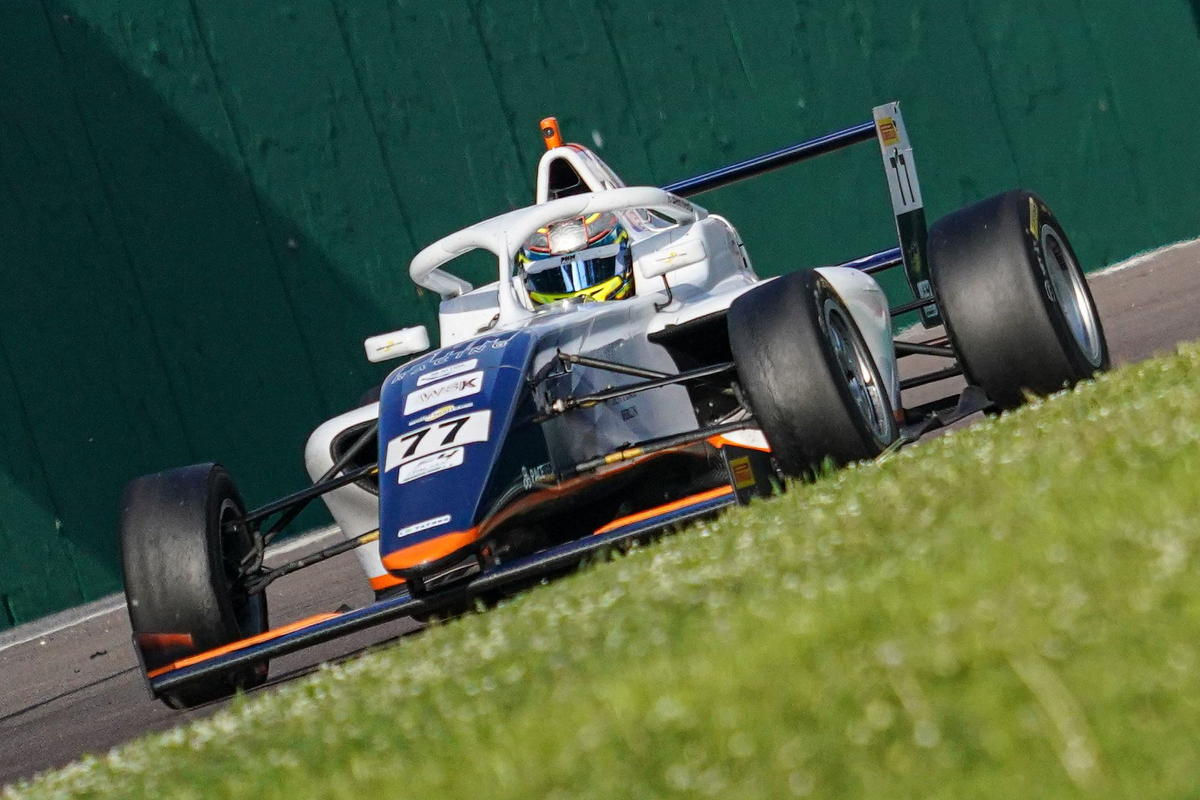 Prema’s Andrea Kimi Antonelli was on the top of the times after 24 minutes of the four-hour session, by a slim 0.064 seconds over Barnard’s team-mate Nikita Bedrin, but after that it was Barnard who set the pace.

He usurpsed Antonelli with a 1m42.682s lap, putting him ahead by 0.903s, and knocked off another two tenths with the laps he set in the 10 minutes after while Antonelli could only improve by two tenths himself.

The track began to become quieter at the end of the first hour, and the only change in the top five during the second hour was US Racing’s Marcus Amand rising to fourth while Antonelli broke into the 1m42s to sit 0.349s behind Barnard.

Almost everyone spent the third hour in the pits, although at the very start of it there was a flurry of improvements. Barnard set a 1m42.212s lap that would stand as the session’s fastest, Antonelli also found more pace, and Prema team-mate Rafael Camara and Bedrin joined them in the 1m42s.

Camara was 0.003s slower than Stenshorne, but Prema sent its drivers out again in the final hour and they lowered their pace. Antonelli and Camara ended up within two tenths of Barnard in second and third.

Prema and VAR told Formula Scout that so far they are only committed to Hockenheim and next month’s Zandvoort round so far, with VAR’s further participation to be influenced by if it is fighting for titles.

Samir Ben made his belated first appearance of 2022, having missed round one due to his car not being ready in time, and he missed the test session’s first half too. One of his intended full-time team-mates, Nandhavud Bhirombhakdi, was absent due to a positive COVID-19 test and his seat for this weekend’s races has been taken by Alex Partyshev.

US Racing was without Kacper Sztuka, whose primary programme with the team is Italian F4.