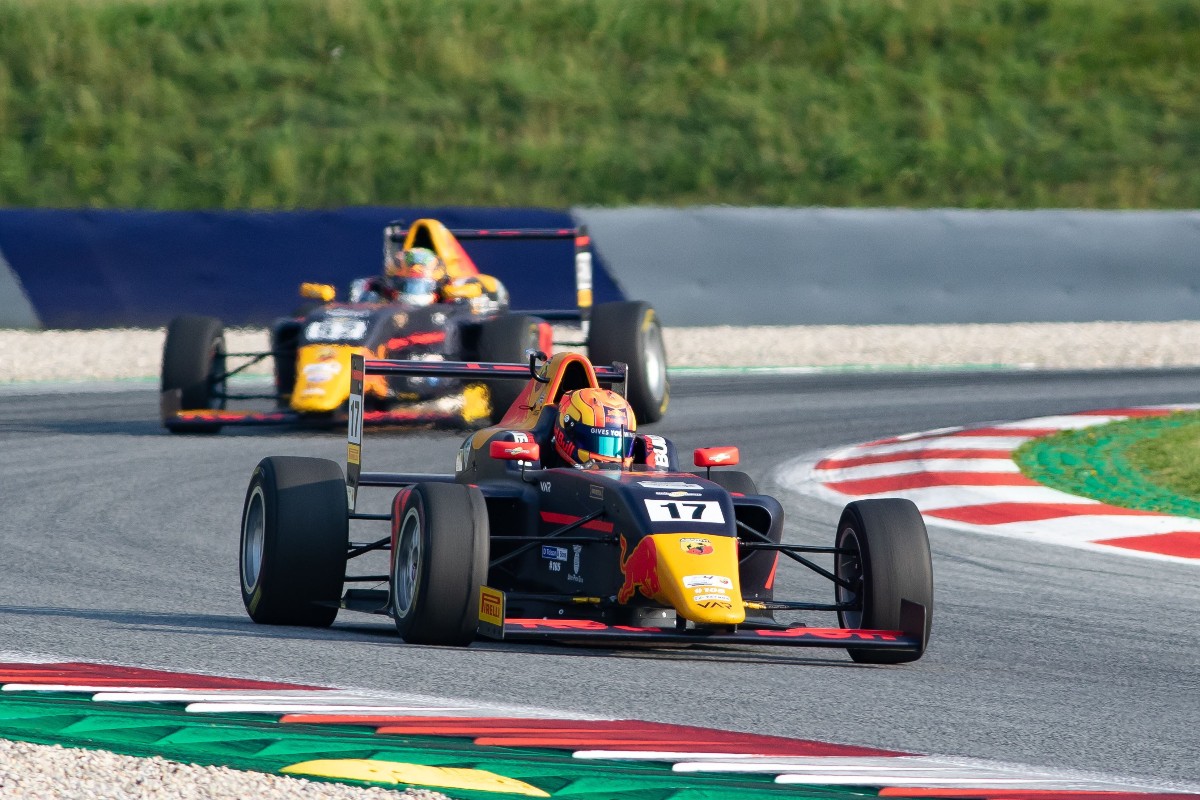 Edgar was quickest in both of the qualifying sessions, and will start alongside Victor Bernier in race one and Elias Seppanen in the second race of the weekend.

Vlad Lomko topped the times early in the first session, with Edgar more than half a second adrift. He quickly got up to pace and swapped fastest laps with Tim Tramnitz, gradually bringing the benchmark down to 1m39.405s with his final lap before the chequered flag.

The strong final lap allowed Edgar to pull 0.755s clear of Bernier, and he ended the session as the only driver to lap sub 1m40s.

Tramnitz dropped down to third while Seppanen and Joshua Durksen completed the top five.

He wouldn’t remain in the top spot for long, as Edgar found enough pace to set a 1m37.457s lap.

Jak Crawford, who qualified sixth for race one, put himself third on the race two grid, more than half a second behind fellow Red Bull junior and Van Amersfoort Racing team-mate Edgar.