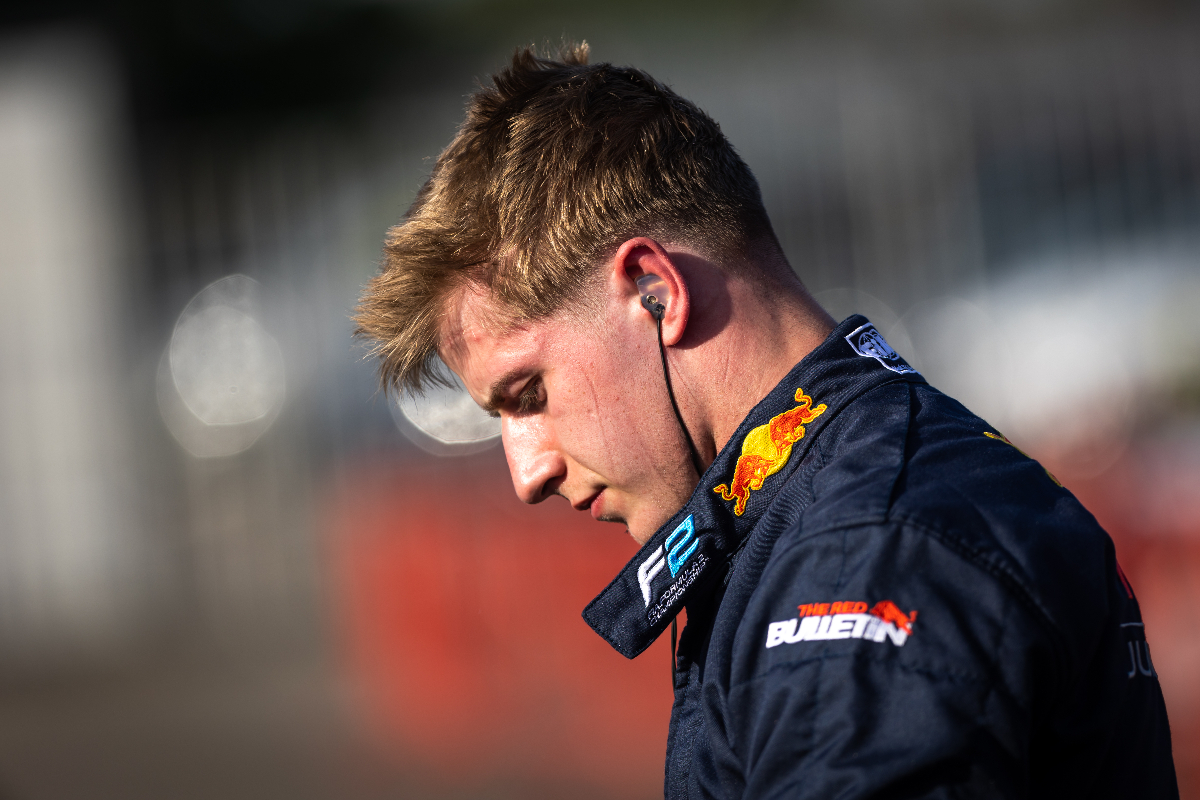 Red Bull Racing has suspended its reserve driver Juri Vips as it investigates his use of a racial slur in a stream with fellow Red Bull junior Liam Lawson.

Vips – who races in Formula 2 for Hitech GP – said the slur while playing a game with Lawson on Monday, which the pair were streaming online to their fans via Twitch.

In another moment with Lawson that they streamed he refused to wear a pink Red Bull hat because “it’s gay”, a use of the word which has homophobic connotations, which his Red Bull stablemate responded to by telling him “you can’t say that”.

The day after the stream, clips from it were shared online and attracted wider attention and in the evening Red Bull Racing put out a statement announcing its response to Vips’ actions.

“Red Bull Racing has suspended junior driver Juri Vips from all team duties with immediate effect, pending a full investigation into the incident,” the statement read.

“As an organisation we condemn abuse of any kind and have a zero-tolerance policy to racist language or behaviour within our organisation.”

“I wish to unreservedly apologise for the offensive language used during a live gaming stream earlier today,” he wrote. “This language is entirely unacceptable and does not portray the values and principles that I hold. I deeply regret my actions and this is not the example I wish to set. I will co-operate with the investigation fully.”

It is not the first time a Red Bull driver has involved in an incident over the use of a racial pejorative, as two years ago Max Verstappen was condemned for his use of what could be considered a racial pejorative about Mongolian people as well as an ableist slur against another driver during a free practice session and the government of Mongolia wrote to the FIA to complain about Verstappen’s use of the word and his lack of apology afterwards.