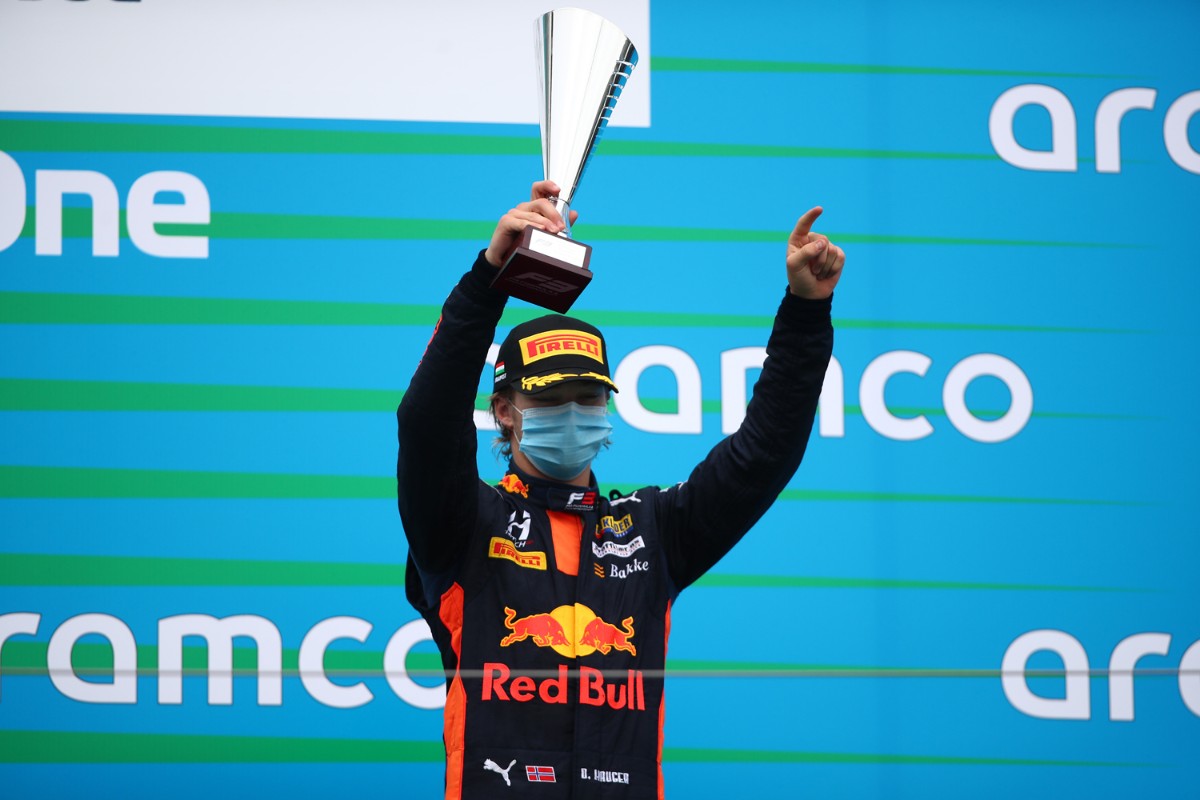 The Red Bull junior won the Italian Formula 4 title and finished second in ADAC F4 with VAR last year, and has raced with Hitech GP since stepping up to FIA F3 at the start of 2020. He is expected to join Prema for his second season next year.

His rookie campaihn in F3, after making a single appearance in Euroformula last year and impressing, included only two points finishes but one of those was a podium and he ended up 17th in the standings.

“I don’t really have any expectations to be honest because it’s going to be my first time in the car ever,” Hauger said to Formula Scout about his FREC debut this weekend.

“Obviously it’s good to be back with Van Amersfoort Racing because I won the Italian F4 title with them, so it will be a good reunion I would say. Just going to have fun and drive, really.

“It’s extra mileage. Straight to free practice to get the feel for the car and everything, and then we’ll see how it goes, basically.”

The regional F3-spec series also features his FIA F3 rival Matteo Nannini this weekend, with the Italian replacing Andrea Cola at Monolite Racing. Nannini came 13th in FREC as a car racing rookie last year, and finished one spot behind Hauger in the FIA F3 standings with a similar record of a podium and one other points finish.