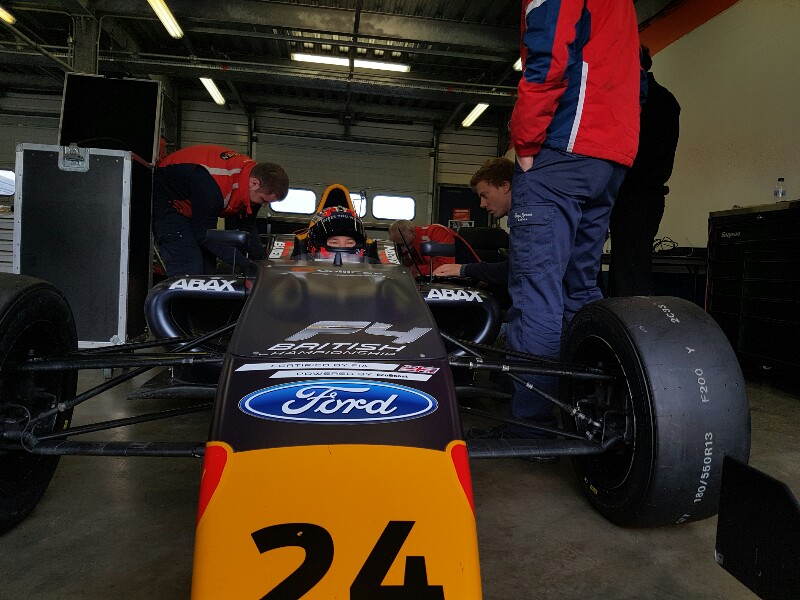 Arden driver Hauger was third in the morning session, topped by Fortec Motorsport’s Hoggard, and spent much of the afternoon session sat in second behind the Englishman.

A lap late in the day put Hauger on top, a lap that went unbeaten for the rest of the session.

Just behind him was Ayrton Simmons, driving for JHR Developments, who he is set to sign for in the coming days for a third season in F4.

The two sessions were red flagged multiple times, with the two mostly costly incidents occuring at the same corner.

Double R’s Manuel Sulaiman lost control of his car, damaging it severely enough to restrict himself to 26 laps of running throughout the day.

The other major stoppage was caused by a BRDC British Formula 3 car, with Fortec bringing along four of their cars. Its three confirmed drivers occupied their respective machines, with Malaysian driver Chia Wing Hoong, who is set to pilot a fourth car at selective rounds this year, taking and losing control of the fourth.

Doohan, who received a visit from fellow Australian and motorsport legend Mark Webber during the day, recorded the most laps with 133 in total.