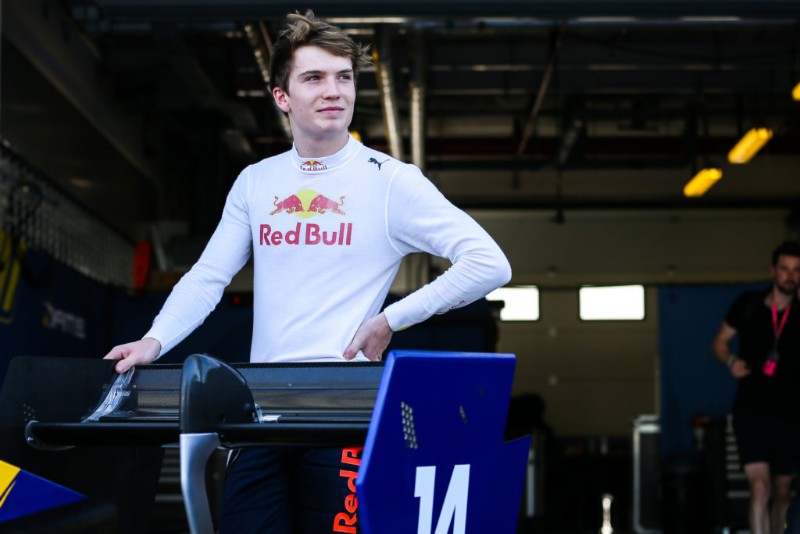 Red Bull junior Dan Ticktum will compete in two rounds of the Japan-based Super Formula championship alongside his title bid in the Formula 3 European Championship this year.

Ticktum will take the place of the Red Bull-backed Nirei Fukuzumi at Team Mugen for the Sugo race on May 27 and Fuji on July 8, which clash with the Monaco and Silverstone Formula 2 rounds that the Japanese driver is set to compete in with Arden.

Fukuzumi will also miss the Autopolis race on May 13, where he will be replaced by fellow Honda protege Sena Sakaguchi, who is currently third in the Japanese F3 standings.

The 21-year-old Fukuzumi is currently 18th in the F2 standings with one point. He qualified second for his Super Formula debut last month at Suzuka, and was set to finish third before a gearbox issue forced him to retire.

Ticktum’s primary programme is European F3 with Motopark, but he has experience of dovetailing other drives having entered the final three rounds of the GP3 Series last year alongside his Eurocup Formula Renault campaign.

?Helmut [Marko, Red Bull junior chief] is putting me there to see how I cope with jumping into something new and a bit quicker,” Ticktum told motorsport.com.

?They [the Super Formula cars] are one of the last proper racing cars there are, so I?m very much looking forward to it, and there?ll be no testing ? I?ll be straight in to free practice.”

Ticktum does have experience of high downforce machinery, having replaced the unwell Nicholas Latifi at DAMS in F2 pre-season testing.

?I?ve tested an F2 car, which is on a similar wavelength, but I know the Super Formula will be different, and I haven?t even tried it on the sim.?

?I?ve watched a bit of [Sugo] onboard,? he said, ?and it looks interesting to say the least. I?ll be thrown in at the deep end as usual!?

Current Toro Rosso Formula 1 driver Pierre Gasly drove for Mugen last year, and finished second in the standings with two wins. Ticktum says he “will send him a message at some point? for advice.