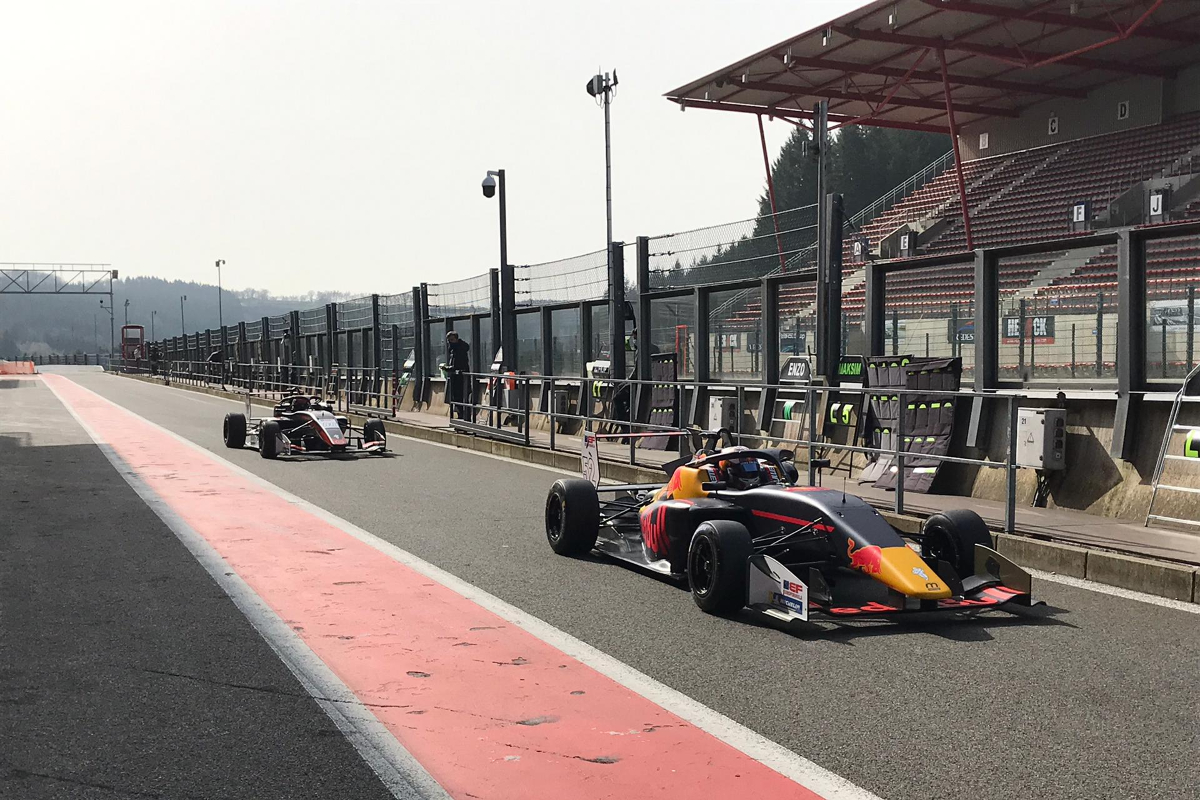 The Motopark driver was quickest in the morning session on Thursday, setting a 2m09.814s lap that was comparable to the times achieved by the Dallara 320 car when it first visited Spa last year.

Louis Foster, the fastest man on Wednesday, was second to Crawford in his CryptoTower Racing Team-run car.

The only other driver within a second of Crawford’s pace was the pilot of Drivex’s School #29, who is new to high-downforce single-seater cars. They topped the afternoon session too with a 2m11.283s lap.

Second to Drivex’s secret driver in the afternoon was BRDC British Formula 3 race-winner Joshua Mason, who missed the first day of testing. He was one of only three drivers to improve in the afternoon session and went seventh fastest overall for the day, with Motopark’s Vivien Keszthelyi and VAR’s second driver also bettering their morning laptimes.

As on Wednesday, the track was shared with the Spanish Formula 4 championship and Trident’s FIA F3 squad testing with two old GP3 cars.