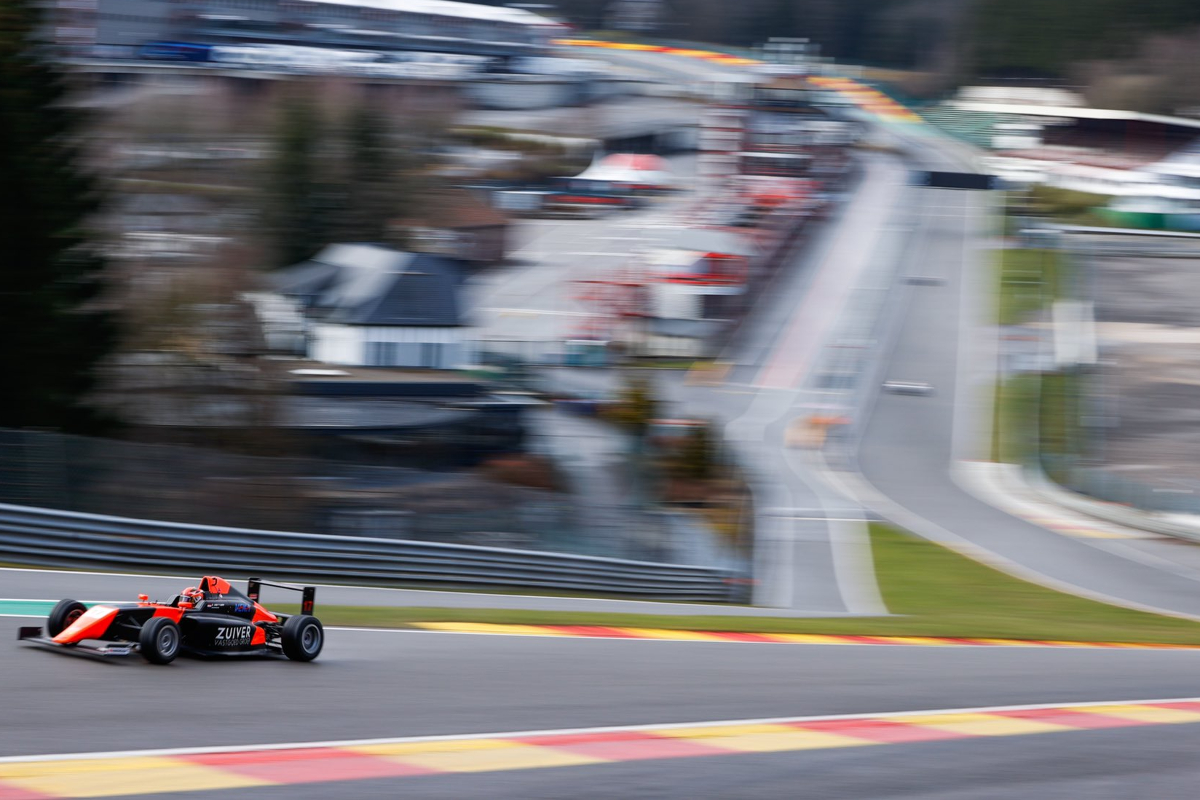 His team-mate Dilano Van’t Hoff topped the first test session on Wednesday, just pipping Campos Racing’s Alex Garcia. Suleiman Zanfari (MP) and Sebastian Ogaard (Campos) were within a second of the pace, with the slowest drivers six seconds off.

The afternoon session was immediately faster, with Campos’s Pepe Marti setting a 2m24.912s at the start. He improved by a few tenths before ending his first run, and remained at the top of the times for three-and-a-half hours before MP’s Manuel Espirito Santo went half a second faster and his team-mates Koen, Van’t Hoff and Noah Degnbol also bettered Marti.

One MP driver who didn’t set out at first was Gil Molina, although he did eventually make it on track and at a competitive pace.

A rubbered in track on Thursday meant laptimes dropped further, and it was actually Pinnacle Motorsport’s Alex Dunne – who didn’t drive on Wednesday – that was first to improve on the first day’s pace.

Koen improved on that to become the first driver to lap in the 2m23s, and the session ended with the Dutchman on top by 0.485 seconds. Reigning Austrian Formula Renault Cup winner Oliver Michl was third for Teo Martin Motorsport.

Van’t Hoff didn’t get on track, while Lola Lovinfosse joined Drivex’s on-track line-up after only spectating the Wednesday action.

Max Arkhangelskiy put Drivex at the top of the times early in the afternoon session, but the Russian was unable to replicate that pace pace and was pipped to top spot by Koen before the first of the hour.

It was some hours later before there was more improvements, with Campos pair Marti and Ogaard going one-two.

That only put them second and third overall though, as Koen’s morning lap still stood as the fastest of the test.