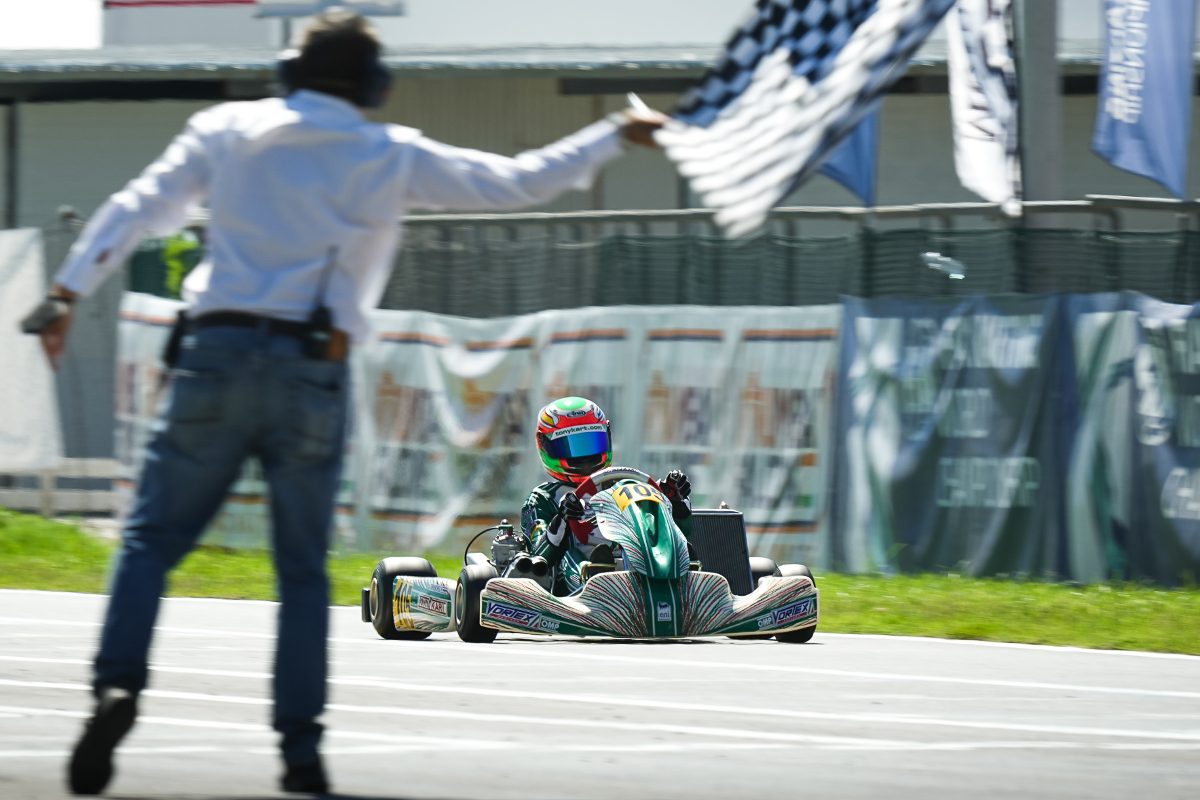 There will be three Enzos joining the Red Bull Junior Team this year, with Formula 2 racer Fittipaldi being joined by karters Deligny and Tarnvanichkul.

Fittipaldi’s admission into the junior team and his move to Carlin in F2 has finally been confirmed, while Red Bull’s announcement of Tarnvanichkul also ends months of anticipation given the driver had previously announced himself.

He signed a deal with Red Bull’s motorsport advisor Dr Helmut Marko last November, but details of that deal were not sent back to Red Bull itself so there was no confirmation from the brand on whether he would actually become a junior.

Due to not yet being old enough to step up into single-seaters, Tarnvanichkul will continue to race in karts this year and Red Bull claims he will do so in a campaign focused on the European and World championships and on a Kart Republic kart that will be run by top junior single-seater team Prema and with support from the kart manufacturer.

Prema does not compete in karting, and has not announced it will do so for 2023. Although it was not said which kart category Tarnvanichkul will compete in, his age would indicate he will remain in OK-J.

One of 2022’s top rookies on OK karts was Deligny, who came second in the WSK Euro Series, fourth in the CIK-FIA European championship and sixth in the WSK Super Master Series.

The 14-year-old Frenchman will now progress into cars, joining Campos Racing in the Spanish Formula 4 championship.

“I am thrilled to join Campos Racing for my first year in single-seaters,” Deligny said. “F4 is a big step for me, but being in the right environment makes this transition enjoyable.

“I would like to take the opportunity to send a massive thank to Adrian Campos Jr for his trust, Andreu Romera to help me since day one, and my engineer Jose Perez ‘Josete’ to always push me harder, and the rest of the team to make me feel home and welcomed. I am also very proud to keep [World Karting champion] Lorenzo Travisanutto as my coach.”

Campos team principal Adrian Campos Jr added: “We are delighted to have Enzo with us as he is a very talented karting driver with an impressive racing record on the international scene. We have been working with Enzo for some time in preparation for the 2023 season.”

Red Bull’s announcement of its line-up of Formula 1 juniors for 2023 revealed the status of several drivers who had been juniors in 2022.

Formula 2 driver Dennis Hauger will be kept on after a dissapointing rookie season, rather than be demoted to being a RBJT-supported driver again, but his 2022 team-mate and Mahindra’s Formula E reserve driver Jehan Daruvala has left.