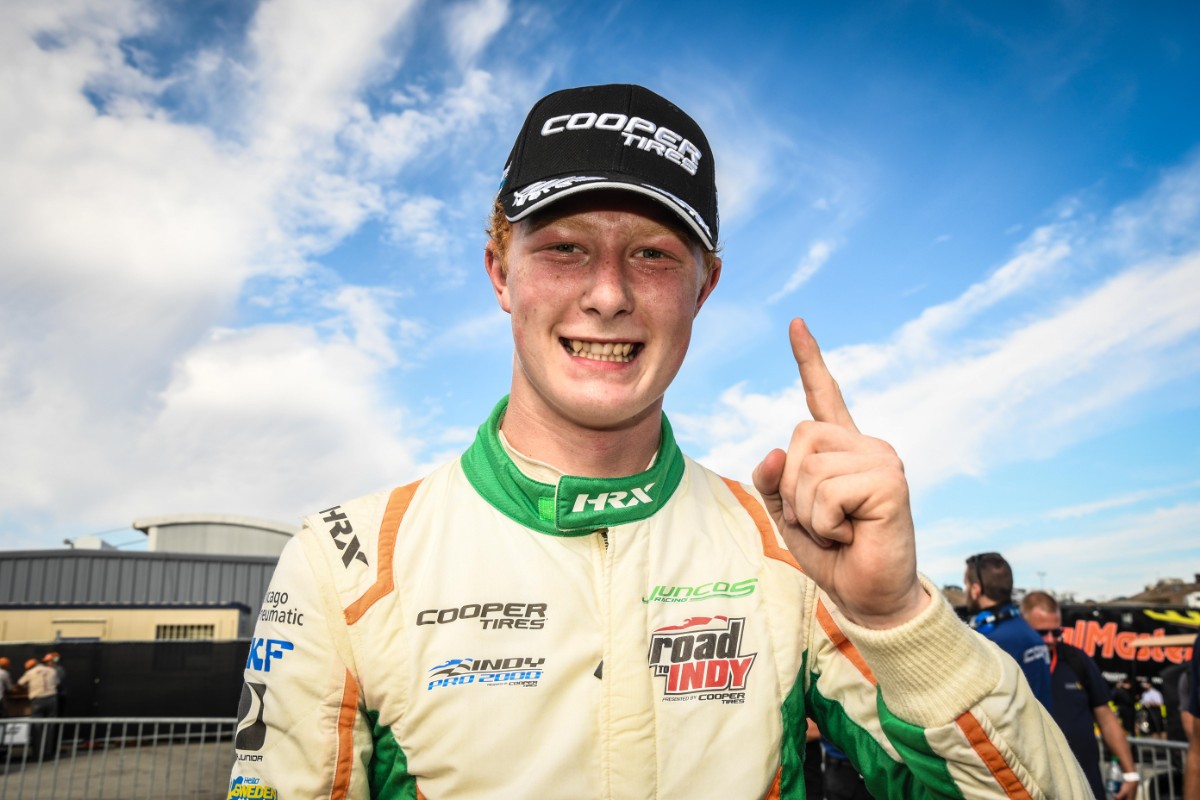 Rasmus Lindh will return to the Indy Lights grid in 2023 after an absence of a year, becoming HMD Motorsports’ seventh confirmed driver for the season.

The 21-year-old Swede raced in the series in the final three rounds of 2021 with Juncos Hollinger Racing, and did sign to do the cancelled 2020 season with Belardi Auto Racing.

Before that he had come second in USF Pro 2000 in 2019 as a rookie, winning three races, and entered the season finale in ’20 for single-seater mileage after a year spent in LMP3 prototype sportscars, and has been in the category ever since while seeking the budget for Indy Lights.

“When the opportunity to join HMD Motorsports came, it was a pretty easy decision for myself and the team I have around me,” said Lindh.

“A huge thank you to GarageXYZ, Peter Miller, [manager] Stefan Johansson, and every single person I have in my corner. I am happy to be back, and I will not disappoint.

“The goal has always been IndyCar, and sometimes there is a direct path, and sometimes you must take an alternate route. I am happy to be back and am ready to get to work for myself, my team, and my partners.”

After coming fifth in IMSA’s LMP3 class and fourth in the IMSA Prototype Challenge in 2021, Lindh was 16th in IMSA this year.

“Rasmus was a part of HMD Motorsports in our 2020 pre-season test programme and performed well, topping the charts on multiple occasions including the series test at Sebring in December,” HMD’s general manager Mike Maurini said.

“He is a driver you want in your programme rather than racing against your programme. With experience in the Road to Indy, Rasmus has a real shot at taking his talents to IndyCar in 2024.”

Lindh will be one of at least three full-season rookies in HMD’s 2023 driver roster, alongside the already signed Nolan Siegel and Josh Green who starred as rookies in USFP2000 rookies this year, and there is one more driver expected to be announced to complete a record eight-car line-up at the team.