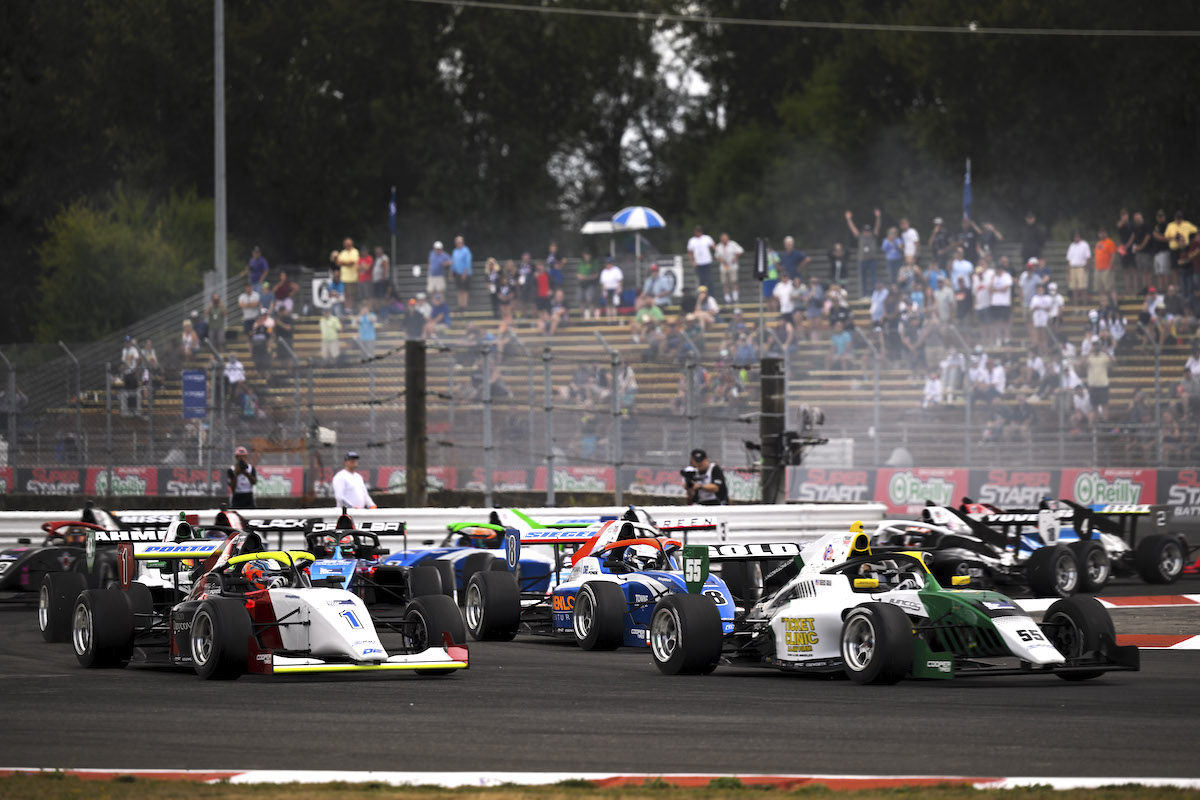 The recently rebranded USF Pro championships have announced their season schedules for 2023, as well as an increase in the scholarship prize fund.

There’s a big change at the start of the year for all three series, with the Spring Training pre-season test moving from Homestead-Miami Speedway to Sebring, and the famous endurance racing venue hosting a race event too.

USFP2000 will also race at the Circuit of the Americas for the first time for its penultimate round in August. Both the Sebring and COTA trips will be held as part of United States Auto Club (USAC) meetings rather than as IndyCar supports.

The St. Petersburg street circuit will continue in its traditional season-opening slot for USFP2000 and USF2000 on March 4-5, then all three series will race at Sebring on March 25-26.

The top two series will miss the IndyCar event at Barber Motorsports Park, which instead hosts USF Juniors in April, but will take in the Indianapolis Motor Speedway road course round on May 12-13 before the only oval races of their seasons at the nearby Indianapolis Raceway Park on the weekend of the Indy 500.

Road America, Mid-Ohio and the streets of Toronto follow for USFP2000 and USF2000 before the former’s visit to COTA, with Portland to once more host the season finale for both championships on September 2-3.