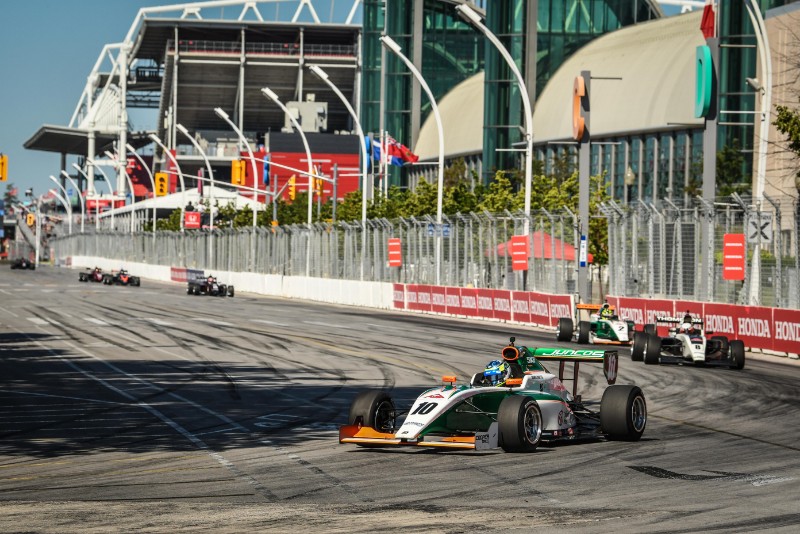 Exclusive Autosport’s Frost managed to take the race one lead on the opening lap heading into Turn 1, after starting in third behind Kirkwood and Lindh. Frost was able to hold off Lindh and Parker Thompson in between the two cautions periods to take his second win of the season.

Kirkwood enjoyed a lights-to-flag race victory on Sunday having started from pole position, finishing over 1.5 seconds ahead of Thompson in second place.

The RP Motorsport driver was the first casualty in Saturday’s race after a collision with team-mate Ian Rodriguez on lap two of 25 left him having to pit for a new front wing, resulting in him going a lap down. He was however able to finish in eighth.

The podium for the second race was completed by Thompson and Lindh. IP2000 Thompson stays second in the standings, although only five points now separate him, Kirkwood and Frost.

Frost made the biggest gain in championship points, as alongside his race win he also finished fourth in race two after being briefly passed by Sting Ray Robb.

Robb finished the second race in fifth, but was one of the casualties in race one after he damaged his car going wide whilr battling with team-mate Lindh.

Rodriguez was sent to the back of the grid in race one during the first caution period due to his collision with Kirkwood. However the Argentinian was able to make his way back up to finish fifth. He also secured sixth in race two.