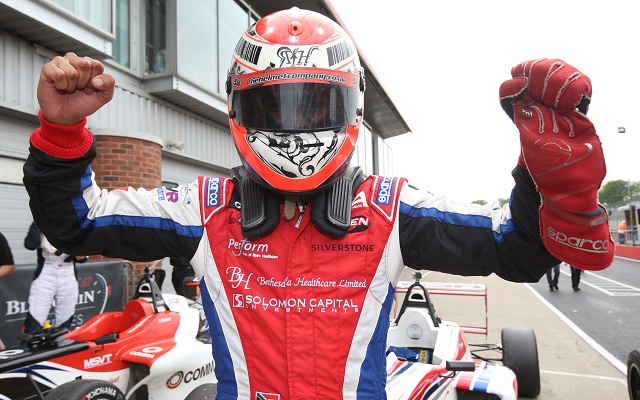 Having finished seventh in his debut year in BRDC F4 in 2013, Hyman became a regular frontrunner in the championship in his sophomore season.

With four wins and seven further podiums, he finished third in the standings behind Lanan duo George Russell and Arjun Maini, both of whom are also moving up to FIA F3.

“I believe the FIA F3 Championship is the next serious step towards Formula 1,” said Hyman. “It also makes perfect sense in light of the FIA?s new superlicence rules.”

“With a quality grid of 36 drivers, the racing is close and exciting, and perhaps why FIA F3 is regarded as one of the most competitive single-seater championships in the world.”

“I am really looking forward to the season ahead, eager to get my first run in the car. I am very pleased to have signed with Team West-Tec, and believe that they have the engineering depth, experience, and the passion, to help me challenge at the front.”

“We are really delighted to have signed Raoul,” says West-Tec boss John Miller. “I have been tracking him for a long time, and have been determined to have him with us. We now have a very competitive line up and I am looking forward to seeing Raoul up on the podium which I am sure he can achieve.”